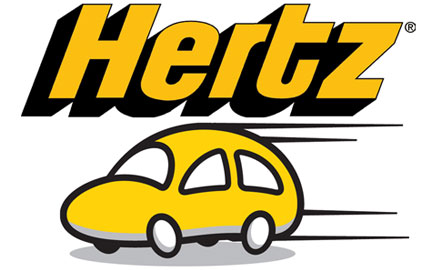 New York, NY: A consumer fraud class action lawsuit has been filed against Hertz Rent-A-Car by customers who allege the car rental company overcharges on sales tax.
Specifically, the lawsuit, entitled Frederick Cohen et al v. The Hertz Corporation, et al., Case No. 13-cv-01205, U.S. District Court for the Southern District of New York, claims Hertz is in violation of New York state law, as well as other states, by charging sales tax on a pre-discount rental cost, that is charging tax before customer coupons and discounts are applied. Filed by Senior Partner Alan S. Ripka, of the national law firm of Napoli Bern Ripka Shkolnik, the lawsuit contends that, if true, this allegedly unlawful practice may have cost Hertz' customers millions of dollars.

"New York and other states have passed legislation and regulations disallowing this predatory behavior and to protect the public from this unscrupulous business practice that attempts to overcharge customers under the veil of the tax code,"the plaintiff's lawyers said in a statement about the proposed class action lawsuit. The consumer fraud class action lawsuit names The Hertz Corporation, Hertz Global Holdings, Inc. and Hertz Investors Inc, as defendants.

The lawsuit seeks Hertz's compliance with these laws and regulations and the return of all improperly charged costs and fees to Class Members.

Posted by
Pamela Cruz
on July 5, 2017
Bought a car and was totally unhappy with it, after 11 days the salesman and finance manager had me come back to work another deal. They charged me dealer fees twice, tax, title and tags, twice and used a lender that I did not approve. My requested lender would not finance the second vehicle through the seller. I was told it was a hertz car when it was actually a vehicle from some other company that hertz bought out. I have been so over charged for this second car that am paying a difference of nearly $5,000.00 more than the original vehicle. I need some help here from any means, please.
Posted by
Patricia Braun
on November 14, 2016
try going after then for selling bad used cars we bought a 2012 ford for $ 2,500 and had to put almost $ 2,000 the first 2 months after buying it,they took it back and gave us a differnt car I took it right away to my mech $ 5,000 to fix it so I went back and got the ford back. they sell un-safe cars
Posted by
Scott Schultz
on May 3, 2016
I rent from Hertz almost daily. I've complained that there sales tax doesn't calculate out, but they don't care. I've spent at least $8,000 over the past 3 years.
Posted by
WANDA YOUNG
on December 24, 2015
Not sure about the sales tax however Hertz charged me over for my rental I went from renting two days for $56 when I kept it over 3 to 4 days it turned into $581 including a $39 fee that they claim I did not let them know we had a snow storm and I constantly stayed in contact with Hertz I had a brand new vehicle and I stayed on a hill had ice but even if I did not have a snow storm it is nothing unusual for me to rent a vehicle longer than the time as I sit here now I rented from Hertz 2 weeks ago and was not on there do not rent list I rent its over I mean I kept the vehicle over 3 days pass my time I paid them everyone was happy however this is December but February of this year my $56 rental turned into $600 something is not right please help