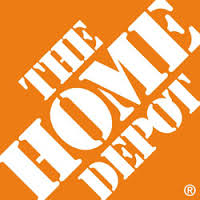 New York, NY: Home Depot USA Inc is facing a consumer fraud class action lawsuit filed by a customer who alleges the do-it-yourself retail giant sells a line of defective expandable garden hoses that can rupture soon after purchase. An infomercial marketing firm, Telebrands, is also named as a defendant.
Specifically, the lawsuit contends that the "Pocket Hose"and "Mini Max Hose"aren't durable, and are not they made of "heavy-duty fire hose construction,"as the companies advertise. Filed by plaintiff Micahel Klemballa, the lawsuit states "In fact, the design of the Pocket Hose product is fundamentally defective and thus not suitable to be used as a garden hose as advertised.""When used as instructed, the Pocket Hose will leak and/or burst, rendering the product useless."

Klemballa alleges that he purchased a Pocket Hose in June which ruptured after he used it just a few times. He contends that thousands of similar complaints can be found on various product review websites and message boards.

The lawsuit, entitled Klemballa v. Telebrands Corp. et al., case number 2:14-cv-01245, in the U.S. District Court for the District of New Jersey goes on to states that in its online advertisements and infomercials, Telebrands misleadingly represents the Pocket Hose as "strong enough for any tough job,"backing the claim with a purported demonstration of the hose pulling a 5,000-pound sport utility vehicle.

However, according to the complaint, the hose, which retails for between $12.99 and $42.99, depending on length, is not even strong enough to withstand normal residential use. Klemballa states that Home Depot adopted many of Telebrands' false and misleading claims about the product for in-store displays and ads on its website, and reviewed and approved advertising materials that included the retailer' own logos and trademarks.

"Defendants' false and misleading claims are in willful and wanton disregard of the interests of the consuming public, and constitute a knowing attempt by defendants to deceive consumers,"the complaint states.

The lawsuit seeks class certification to represent all consumers who have purchased the Pocket Hose in the US, along with a subclass of New York purchasers. The plaintiff is represented by James E. Cecchi and Lindsey H. Taylor of Carella Byrne Cecchi Olstein Brody & Agnello PC and by Antonio Vozzolo and Courtney E. Maccarone ofFaruqi & Faruqi LLP.

Posted by
Diane stines
on January 27, 2017
After reading about this hose, I also purchased this at Home Depot, and I am afraid to use it. I have my receipt from 1/14/16. How can I be compensated?