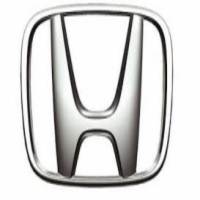 Santa Clara, CA: Honda is facing a defective automotive class action lawsuit over allegations of noxious fumes entering into the cabins of its 2015, 2016 and 2017 models of its CR-V sport utility vehicles.
The suit also alleges Honda is guilty of consumer fraud, as it states the automaker knowingly sells cars with a defect causing the passenger cabin to fill with gasoline fumes. Honda has so far refused to take the cars back, or offer to replace or repair the vehicles.

According to the complaint, new Honda vehicles come with a three-year or 36,000-mile warranty that provides free repairs or replacement of the vehicle for problems arising from defects in its design or construction. However, the plaintiffs state that when they complained to Honda about the alleged fumes, the company declined to honor the warranty. The plaintiffs claim the fumes are bad enough to keep them from driving the car, causing them to suffer headaches and stomach pain. They describe the smell as "intermittent and pungent" and doesn't seem to be affected by the speed or duration of driving. The majority of the plaintiffs claim they first noticed it within a year of purchasing or leasing their CR-Vs.

"Plaintiffs and class members have no confidence and peace of mind in a manufacturer that continues to sell vehicles it knows reek of gasoline yet refuses to repair or replace as required by its warranty," the suit states.

The suit states that Honda has received hundreds of complaints regarding the fumes, dating back to July 2015. While Honda has acknowledged the problem, the suit claims, it said it does not know how to fix it.

The proposed class seeks to represent anyone who purchased a 2015, 2016 or 2017 CR-V, who complained to Honda about the leaking vapors, and who did not receive a repair or replacement of the car.

The suit states that Honda is in breach of its own warranty and in violation of several state consumer fraud statutes. It seeks compensatory damages for the class.

Posted by
Elizabeth Whipple
on September 15, 2017
I've experienced all the above mentioned, along with emergency hospital visits with above average CO along with olfactory nerve damage, immune system damage that is a present health matter to this day, after 1 year ago I experienced a new vehicle owners worst nightmare with a new 2016 crv Honda. .... the cabin Air filter was sent to a special lab upon my request and the friendly cooperative hobda technician admitted to me that the filter was excessively dirty for only 4 week old vehicle, and when the lab mentioned that there was over 20 hydrocarbon particles in the filter, that was when the technician shifted his approach with me, telling me that it could have been smog. I never did receive a formal repo rt ftom honda customer relations, nor, was anything mentioned about a Filter concern. ... I am only 1 person and 1 voice which can and did easily get swept into the Cracks ... Honda has some serious karma to tend too .. either now ... or in the near future.
Posted by
Steven White
on May 17, 2017
Owned a honda Accord