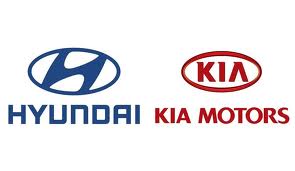 Seattle, WA: A proposed consumer fraud class-action lawsuit has been filed against Hyundai Motor America, Kia Motors America and Kia Motor Company of Korea after regulators announced the companies overstated the fuel economy for many vehicles they sold in the United States.
Hyundai Motor Corporation admitted it overstated the fuel-economy estimates after independent tests by the Environmental Protection Agency (EPA) showed a discrepancy.

The suit, filed in the U.S. District Court for the District of Central California, seeks to represent all consumers who own or lease Hyundai and Kia vehicles whose EPA fuel economy ratings were less than the fuel economy rating produced by the applicable federal test in that model' year.

The automaker apologized to consumers, according to published reports, and blamed the issue on what the South Korean company called "procedural errors"in its testing, which was done by a Korean lab.

"Many who purchased Kia and Hyundai automobiles did so because of the claims of fuel economy the company made to consumers,"said Rob Carey, of Hagens Berman Sobol Shapiro, the consumer-rights law firm that filed the proposed class action.

Hyundai also announced plans to reimburse purchasers through a complex plan requiring owners to visit a dealership to verify mileage. The company intends to reimburse owners for the difference in the company' reported fuel economy rating and the EPA rating based on local fuel prices.

"While we think there are some laudable aspects to the company' approach to addressing the issues, we feel that consumers have rights under California law not yet addressed by the automakers,"Carey added.

Posted by
Adam Rivera
on September 15, 2016
I just purchased a 2015 CPO Sonata Sport with 7,500 miles and notice I'm only getting an average of 16 mpg in the city and less than 30 mpg on the highway. What gives or what can I do about this? I would never have bought the car if I was aware of this.
Posted by
Marci Kaplan
on June 13, 2016
I was in a desperate financial situation when I ended up at a KIA Dealership. I had been instructed by a mortgage broker to get rid of my current vehicle, at the time a 2005 ACURA MDX, because I still had a balance on my auto loan. I was hustled into a 2016 KIA SERENTO LEASE, I specifically recall, one of my many questions was pertaining to the "gas milage". I have had this KIA now 10.5 months and the average MPG has never been over 15 miles per gallon! I also tried immediately to get out of the lease,(within 18 hours) & when at the dealership mentioned that the milage hadn't changed (at the time 12MPG) I was told; "wait a few hundred miles" advertised estimated average 18 MPG!
Posted by
Joe lally
on March 2, 2016
I purchased a 2016 hyundai santa fe sport on july 25th 2015. For 7 months it was showing over 400 miles to empty on a full tank. Now its showing 304...What happened to the hundred. Was my car rigged some how....
Posted by
Zafiro mantione
on December 31, 2015
Why would I excluded from advisement of this issue when my car qualifies. The mpg advised was not what actually is consumed.