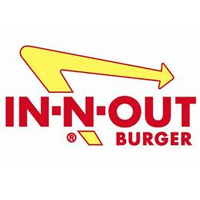 Oakland, CA: The In-N-Out Burger chain is facing an discrimination class action lawsuit, over allegations that it refuses to hire African Americans and applicants over 40 years of age.
The lawsuit, filed against the Orange County-based company, alleges that two men, both African Americans over 40 years old, tried to get jobs at the chain's San Francisco and Oakland outlets but were rejected, the lawsuit claims, despite the advertising of open positions at the two restaurants.

The lawsuit also alleges that both men were qualified for the positions they sought but were told that In-N-Out was not hiring even though both were told beforehand that the stores were hiring.

"These are not isolated examples of employment practices or individual decisions," the lawsuit states. "On the contrary, these incidents are representative of the Company's systematic discrimination against the Class and in favor of applicants who are under the age of forty and/or not African American."

Posted by
Tracy Giacoletti
on September 12, 2017
I have applied a few times over the past few years when the local stores have been hiring and also when a new location was hiring. I am 47 now, and have been over the age of 40 each time I have applied. I have experience work for the company as a teenager and in my mid twenties,
Posted by
Brian Kawakamoi
on April 20, 2017
I apply for In-N-Out near my house and I am the age over 40.