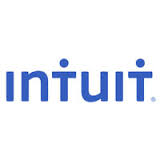 New York, NY: A putative class action has been filed against Intuit Inc alleging the maker of the tax-preparation software was negligent in failing to protect them from identity theft by not safeguarding sensitive personal data. The complaint, filed by Turbo Tax users, claims Intuit' actions resulted in billions of dollars in tax fraud stemming from alleged data breaches.
Specifically, the lawsuit, filed by lead plaintiffs Christine Diaz and Michelle Fugatt, claims Intuit' lax controls placed revenue over ethics, leaving customers susceptible to third-party tax fraud. Further, the complaint states the despite a recent surge in fraudulent tax returns and massive data breaches, Intuit failed to correct the problem or properly report fraudulent tax filings to the IRS for fear of losing revenue.

"Plaintiffs allege that defendant' negligent mishandling of fraudulent tax filings facilitated the theft of billions of tax dollars by cybercriminals by allowing thousands of fraudulent tax returns to be filed through use of its software,"the complaint states.

One month ago, Intuit stated it had received inquiries from the US Department of Justice and the Federal Trade Commission investigating earlier reports that 19 states had identified fraudulent returns using TurboTax software.

In February, Intuit temporarily stopped its state e-filing return program following announcements by Alabama, Minnesota and Utah departments of revenue that they had flagged TurboTax returns because of fraudulent activity.

According to the complaint, Intuit controls about 60 percent of the self-preparation software market. Plaintiff Diaz, who used TurboTax for a 2010 federal return and Ohio state return, learned in January 2015 that fraudulent state tax filings had been filed, purportedly on her behalf, in Michigan, Missouri, Ohio and Oklahoma, plus a federal filing with the IRS.

According to the lawsuit, Diaz received a $242.75 bill from TurboTax for e-flings that were allegedly not hers. She claims she had not entered any information in TurboTax' system since 2011.

The complaint goes on to state that Intuit advised Diaz' husband that fraudulent filings were made on her behalf but the company had not followed up to resolve the matter. Diaz is no longer eligible for electronic filing of her tax returns and is subject to ongoing credit monitoring.

The complaint, which accuses Intuit of violating California' Unfair Competition Law and Customer Records Act, as well as negligence and breach of contract, seeks damages as well as an injunction ordering Intuit to step up its security procedures, among other relief.

Posted by
Trina Caesar
on January 18, 2016
I too am a victim of identity theft when filing my taxes last tax season I was notified that a return had been filed under my SSN and that I needed to send in a paper return as well as proof of identity to the IRS. It took MONTHS before my return was received, I am now subject to credit monitoring and protection, must paper file and have lost financial aid opportunities for my dependant child because of this verification process.