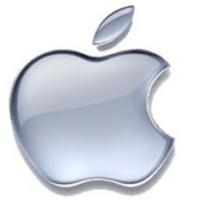 Santa Clara, CA: Apple is facing a defective products class action lawsuit in Canada over allegations that it’s iPhone 6 and 6 Plus models have a defect which effectively results in the smartphone freezing or not responding to touch commands.
Following on from a similar defective products lawsuit filed in the US, the Canadian lawsuit claims Apple was aware of the problem but failed to take action to remedy it.

Filed at the Court of Queen's Bench for Saskatchewan, the complaint would include all Canadian iPhone 6 and 6 Plus customers. It alleges that Apple was negligent because it supplied a defective phone, "knowingly and intentionally concealed" from customers the defect and failed to provide a proper remedy.

According to attorneys who filed the Canadian complaint, Apple has so far only offered its customers around $300 as compensation.

Shortly after the product was launched in 2014, one of the plaintiffs in the class action alleges she bought the iPhone 6 for around $200, hundreds of dollars less than the regular price because she locked into a two-year phone plan contract. Then, a few months after the warranty had expired on her phone, it began to intermittently freeze up and failed to respond to touch commands.

The suit alleges that that the underlying problem is the touchscreen controller chips in the phone's motherboard, which are not properly secured and can malfunction with regular use.

Posted by
Mike Janich
on July 1, 2018
iPhone 6+ keeps freezing all the time
Posted by
R. Newman
on February 26, 2017
I had the same issue with my 6 Plus. Warranty was out, traded it in for the 7 Plus. Apple and Sprints response was always restart the phone. Very annoying!
Posted by
Tiffany Baldwin
on January 8, 2017
My apple iphone 6 froze wouldnt work half the time the screen would lock up the att store told me nothing they could do to fix it that i had to deal with it , i dealt with it until i had an upgrade become available and then had to get a new phone under a new 2 year contract just to be able to have a phone for contact. with the iphone i was unable to answer calls reply to messages or even speak during tryin to make a call nobody could hear me on the other end the phone would get really hot unable to hold and it would then freeze up and do nothing for hours on end i followed all directions from att and apple in regards to completely refreshing the phone etc. none of it worked. i was told by apple it was a virus to keep resetting the phone then when i couldnt even do that they basically told me its either i trade in for the same iphone 6 on a new 2 yr contract or i could pick an android. I agree it isnt just secluded to canada phones it is in the united states as well..
Posted by
Maira Ruiz
on January 8, 2017
My phone freezes, it has also blacked out.
Posted by
JoAnne Paulo
on January 3, 2017
A week after I bought my iPhone 6 with a 2 year contract. It's been freezing up and jumps out of apps.
Posted by
Rosemary Martinez
on December 26, 2016
lilrosie01@gmail.com

Posted by
Deana Cotton
on December 24, 2016
My iPhone 6 is always freezing or suddenly closing out of apps on it's on.
Posted by
Mika Cooper
on December 4, 2016
I had the same problem with my 6 and 6s. I now have the 7, but I haven't had problems with this one yet.
Posted by
kathy meacham
on October 29, 2016
same issues here
Posted by
Michelle Rutledge
on October 21, 2016
mY iPHONE 6 s PLUS IS a year old and screen freezes all the time
Posted by
Patricia Wood
on October 9, 2016
This isn't exclusive to Canada. My iPhone does this all the time. Even though this phone is less than a year old (the other one had to be replaced because, when it was less than a year old, it stopped charging.) and I am told that my phone is out of warranty. No, no it isn't. We need help in the US on this too!
Posted by
rochelle
on October 9, 2016
iphone 5 does the very same thing