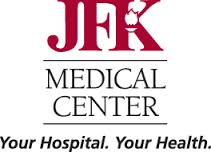 Los Angeles, CA: Two Florida women recently filed a class action lawsuit alleges JFK Medical Center and parent company HCA, Inc., are in violation of Florida' Deceptive and Unfair Practices Act. Specifically the plaintiffs allege they and others like them were billed exorbitant and unreasonable fees for emergency radiological services covered in part by their Florida Personal Injury Protection (PIP) insurance.
Under Florida' No Fault Car Insurance Law, drivers are required to have $10,000 in PIP insurance, which has a 20 percent out-of-pocket deductible. The complaint, filed in the Thirteenth Judicial Circuit Hillsborough County, charges JFK Medical Center, of Atlantis, Fla., and other Florida HCA facilities with billing PIP patients' rates for radiological services that are 20 to 65 times higher than the rates charged for similar services to non-PIP patients.

The lawsuit was brought by Marisela Herrera and Luz Sanchez, both of whom were PIP-covered patients who were treated through JFK Medical Center' emergency department after their automobile accidents in April 2013 and May 2013, respectively. Herrera and Sanchez each received a CT of the brain for $6,404, a CT scan of the spine for $5,900, and a thoracic spine X-ray for $2,222. Herrera also received a lumbar spine X-ray for $3,359.

According to the South Florida Medicare rate ??" a standard used for customary and reasonable medical service rates ??" the brain CT scan provided is $163.96; the cervical spine CT scan, $213.14; and the thoracic spine x-ray, with three views, $38.

The complaint charges that because of the exorbitant rates, both Herrera' and Sanchez' $10,000 PIP coverage were prematurely exhausted and both were billed thousands of dollars by JFK Medical Center for radiological services not paid for by their PIP insurers.

The complaint also charges breach of contract since both women entered into a "Condition of Admission"contract that provides that patients must pay their accounts at the rates stated in the hospital' price list. Neither woman was provided a price list at the time of medical treatment.