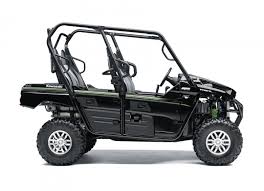 Washington, DC: Kawasaki is recalling about 11,000 2012 and 2013 Kawasaki Teryx4 750 4x4 recreational off-highway vehicles because the vehicle's floor boards can allow a stick or other debris to break through and protrude into the foot rest area, posing an injury hazard to the operator and front passenger.
Kawasaki has received four reports of debris breaking through floor boards of the vehicles, including two injuries to riders' toes and thighs.

The vehicles were sold at Kawasaki dealers nationwide from October 2011 through July 2014 for about $13,400.