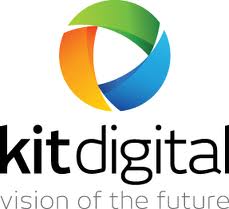 New York, NY: A securities class action lawsuit has been filed in the United States District Court for the Southern District of New York on behalf of all persons or entities that purchased the securities of KIT digital, Inc. ("KIT digital" or the "Company") (NASDAQ GS: KITD) between May 19, 2009 and November 21, 2012, inclusive, (the "Class Period") alleging violations of the Securities Act of 1934 against the Company, certain of its officers and directors (the "Complaint").

KIT digital, a Delaware corporation headquartered in New York, New York, is a premium provider of end-to-end video management software and services. The Complaint alleges that throughout the Class Period, defendants made materially false and misleading statements regarding the Company's business operations, financial condition and prospects. Specifically, the Complaint alleges that the defendants prepared and filed erroneous financial statements with the U.S. Securities and Exchange Commission ("SEC") during the Class Period. As a result of defendants' false and misleading statements, the Company's stock traded at artificially inflated prices during the Class Period.

According to the Complaint, on November 21, 2012, the Company filed a Form 8-K with the SEC noting that errors and irregularities in its historical financial statements, primarily relating to recognition of revenue from software license agreements, had come to the Company's attention. As a result of those errors and irregularities, the Company stated that "the financial statements for (1) the years ended December 31, 2009, 2010 and 2011 and (2) each of the three quarters in 2009, 2010 and 2011 will be restated. As a result of the restatement of these prior periods, the Company will also restate the quarters ended March 31, 2012 and June 30, 2012[,] . . . will not timely file its Quarterly Report on Form 10-Q for the three months ended September 30, 2012 and will not issue an earnings release or host an earnings conference call."

Further, the Company disclosed that "[a]s part of the restatement, the Company will adjust the financial statements for errors identified during prior periods, recording the adjustments in the appropriate historical period. Because of the Company's ongoing review and investigation of certain transactions, the Company requires additional time to complete an analysis of the accounting treatment for the software licenses and to determine the extent of the corrections that may be required to its historical financial statements" and that "the Company cannot currently quantify the potential impact of the restatement." On this news, shares in KIT digital plummeted 70% in the next two trading days, closing at $0.62 per share on November 26, 2012, from a close of $2.07 per share on November 21, 2012, on a combined volume of over 25 million shares.

If you have suffered from financial losses, you may qualify for damages or remedies that may be awarded in a possible KIT digital Inc securities class action lawsuit. Please fill in our form on the right to submit your complaint for a free evaluation.