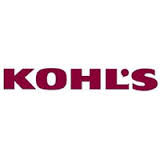 San Francisco, CA: A potential class action lawsuit against retailer Kohl' has been reinstated by a federal appeals court in California. The consumer fraud lawsuit alleges Kohl's Department Stores Inc. misstated in advertising that items had been marked down.
"Price advertisements matter," Judge Stephen Reinhardt wrote. "When a consumer purchases merchandise on the basis of false price information and when the consumer alleges that he would not have made the purchase but for the misrepresentation, he has standing to sue."

The false advertising lawsuit, entitled Antonio S. Hinojos v. Kohl' Corp., Case No. 11-55793, in the U.S. Court of Appeals for the Ninth Circuit, was filed by Antonio S. Hinojos who claims he would not have made several purchases at Kohl's had he known the prices did not represent markdowns.

According to the lawsuit, Hinojos claims he bought Samsonite luggage that was advertised as 50% off its "original" price of $299.99, Chaps Solid Pique polo shirts that were marked down 39% from their "original" price of $36, and other items that were advertised at being at substantially reduced prices. However, Hinojos alleges those marked down prices were the prices at which Kohl' regularly sold those items. Further, Hinojos claims that the prevailing market prices for the items he purchased for the three months immediately preceding his purchase were "materially lower"than what was advertised as "regular."

Posted by
Denni Crank
on May 17, 2016
I notice this also in the prices ,what surprised me most that several times from 2011 to last year the Kolhs cash I was repeatedly denied are some excuse to not give, The worst experience is that I use an electric wheel chair ,I saw an push one there ,a few days prior,,,,,,from 2011 to about last year there was no wheel chair for disabled, I went to the store with my daughter and asked for the push chair ,I was told they had none ,I had been to the store and saw it, I almost fell and had to leave, they only put one in there just last year I have been going there since before 2011.,,This happen last year after Christmas.I,m suddenly taken off there email because I said something ,made an complaint about it,nothing was done,till recently they put an chair in there store..and no longer get there mail rarely if any . Thank you