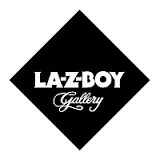 Los Angeles, CA: La-Z-Boy Inc. is facing a discrimination class action lawsuit alleging its stores are not fully accessible to the disabled because they lack handicapped parking and wheelchair-accessible restrooms, in violation of California' Unruh Civil Rights Act and Disabled Persons Act.
Filed in Los Angeles, by lead plaintiff George Zepeda, the complaint alleges La-Z-Boy discriminates against disabled California residents by not requiring its facilities be accessible for handicapped individuals. Zepeda claims that there are several La-Z-Boy stores that do not have accessible restrooms, handicapped parking spaces and appropriate accessibility signage. The lawsuit also states that the furniture manufacturer has so far refused to remedy the situation.

"As a result of that failure to remedy existing barriers to accessibility, plaintiff and others similarly situated have been denied access to the benefits of the goods, services, programs, facilities and activities of defendant's stores, and have otherwise been discriminated against and have suffered damages caused by defendant's accessibility violations," the complaint states.

Specifically, Zepeda claims that opening the restroom door required excessive force to open and keep open while he entered and exited the restroom because the door closer was not adjusted to allow the door to remain open long enough for him to wheel himself inside without assistance.

Zepeda also states that he wrote La-Z-Boy management about the issues but he never received a response. According to the lawsuit La-Z-Boy has a number of locations in Southern California with similar accessibility issues, including numerous restroom violations and a lack of disabled and van parking spots, and that the company has not acknowledged any of his complaints.

"The ... violations are ongoing and continue to result in the plaintiff and unnamed mobility impaired class members suffering discrimination as a result of being denied full and equal access to these stores,"the complaint states.

The lawsuit is seeking certification of a class of all mobility-impaired or wheelchair-bound people in California who have patronized La-Z-Boy stores. The complaint states the class will consist of thousands of members, since census statistics show that more than 150,000 non-institutionalized people over age 16 in California use wheelchairs.

The plaintiff is represented by Evan J. Smith of Brodsky & Smith LLC.