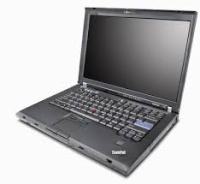 Los Angeles, CA: A proposed spyware class action lawsuit has been filed against Lenovo and Superfish Inc, makers of software installed on many different types of Lenovo laptops, alleging the companies are in violation of the Computer Fraud and Abuse Act, the Federal Wiretap Act, the Stored Communications Act, as well as California's Invasion of Privacy Act and its Unfair Competition Law.
Filed in California on behalf of a proposed class of Lenovo customers, the class action alleges the company sold computers preloaded with Superfish software which is capable of tracking customers' online activity and leaving their computers vulnerable to hackers.

"Lenovo never disclosed the Superfish program and took affirmative steps to conceal it from consumers because the program is generally considered to be spyware, adware or malware and, aside from the fact that it allows companies to spy on user's every move online, the program also creates serious security issues for any consumer accessing the Internet with a Lenovo notebook computer on which the Superfish program has been installed," according to the legal documents.

The lawsuit is Sterling International Consulting Group v. Lenovo, 15-807, and includes common law claims of trespassing and fraud, as well as a claim of negligent misrepresentation.

Posted by
Sheila
on March 1, 2016
I hear you Ruby! I have noticed strange things on my Lenovo to. Now, I understand why!
Posted by
Ruby Grz
on January 26, 2016
I have a Lenovo and it is clear to me when the spyware is tracking me. I could never be sure who was tracking me. Now I know it's Lenovo the worst computer ever. It is so obvious that it has spyware on it that it acts like someone else is operating the computer. It does it and uses up my bandwidth so I can hardly surf the web and it doesn't show that I am out of memory. It races when being tracked and it even changes pages and like I said acts like someone else is operating the computer. It even closes out pages and websites on it's own. I hate this expensive laptop computer.