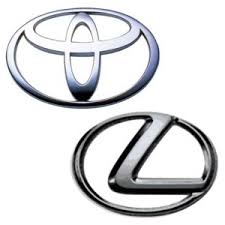 Los Angeles, CA: A defective products class action lawsuit has been filed against Lexus by two independent Lexus owners who allege the luxury vehicle company, and its parent, Toyota Motor Corp, sold defective vehicles with interiors that are unable to withstand the Florida heat.
In the lawsuit, the plaintiffs claim that the dashboards and other, similar interior components of their Lexus vehicles grew sticky, oily, shiny, cracked and otherwise degraded in appearance when exposed to the natural heat and humidity in Florida.

Daniela Perez and Jesus del Rio allege that Lexus was aware of the problem with the dashboards but refused to make repairs in the affected vehicles once the warranties expired. While Toyota sent out a service bulletin to its dealerships in 2011, alerting dealers to the defect and instructing them to make repairs on the burned dashboards, the dealerships refused to repair damages in vehicles that are no longer covered by the Lexus comprehensive warranty, the lawsuit contends.

Further, Perez and del Rio allege that the vehicles were marketed as being suitable for the climate in Florida yet the product disintegrated in the heat under normal conditions in the vehicles, "These vehicles are marketed as luxury vehicles and as the product of Lexus' never-ending 'pursuit of perfection,'"the plaintiffs alleged in the suit, and they state that the dealerships refused to do anything about it. The complaint names two Lexus dealerships, Lexus of Kendall, which serves Miami, Coral Gables and South Florida, and Scanlon Lexus of Fort Myers. It also names Toyota Motor Sales USA Inc.

The plaintiffs are represented by Juan P. Bauta II of the Ferraro Law Firm PA.

The case is Daniela Perez et al. v. GFB Enterprises LLC d/b/a/ Lexus of Kendall et al., in the Circuit Court of the 11th Judicial Circuit In and For Miami-Dade County.

Posted by
Elizabeth Randall
on November 17, 2018
Is this lawsuit still on going? I have serious dash cracking/melting issues, as well as passenger headlight with moisture, rendering it virtually useless as far as visibility is concerned. Lexus refuses to stand behind their defective products. Sure I am not the only Lexus owner out there who is having this issue and not being offered a resolution by this luxury car manufacturer.
Posted by
Grayton
on November 14, 2018
Have any of you joined a class action lawsuit against Lexus for this? mY mother bought a top of the line Lexus SUV and never received her letter about the real. She moved but had mail forwarded as well as having service visits to dealerships in two states and never one mention to her of the real even though she pointed out the issue to the service managers. We just found out about the recall and now Lexus u=is claiming she was informed and missed the deadline to register for help no help as it seems here to get her dash replaced. She even went to the local dealer and called them out on it and they said hers was worse than most they have seen. Her car has always been garaged kept and detailed regularly. this is crazy that a car dealer can sell a piece of crap they call a luxury brand and stick the customer with a repair of a faulty car. Owners must come together and demand restitution in a timely manner.
Posted by
Sandra Campbell
on December 22, 2017
I received letter. Email Lexus Corp got email back they will again let me know in future of what might be done. Called number on letter only to get recorded message to leave message. My dash is falling apart! I put in my email to corporate could be safety hazard since my dash is falling apart over passage airbag compartment. Why can we not get this resolved????
Posted by
Sandra Campbell
on October 1, 2017
Got the phony recall letter way back which said my RX330 dash had a Lexus voluntary recall. Making parts and would let me know when the new dash would be available. Waited waited and still waiting. Emailed lexus because the number on phony recall got me to nothing, nobody just recording. My dash is really getting dangerous because it is cracking these hairline cracks mainly on passenger side. I told Lexus in email my concern because of airbag. I am so disappointed in there handling of this dash situation. I don't have the money to replace the dash since I lost job and am in college to help get new job. HELP SOMEONE SOMEWHERE
Posted by
Linda Evans
on September 26, 2017
I have an IS250 2009 LEXUS the DASH is melting. I was told by the Lexus Dealership In Augusta GA the cut off years for recalls for the this problem, were Lexus models 2006 through 2008. I would like to know why their is a cut off if the problem in the dash board was never resolved. Lexus is not taking responsibility and ownership of this problem. I am very disappointed with LEXUS!!!!!
Posted by
Shelia
on September 5, 2017
I own a 2006 I250 Lexus my dash broad is crack melting and sticky.
It has a very bad reflection on the
windshield in the sunshine.

Posted by
Lannie Arrington
on July 2, 2017
I never received any notice for my 2003 Lexus IS 300 about my melting dashboard, the defective Oxygen Sensor 2 nor the the defective AM/FM/CD/Cassette system. 2 different District Managers told me they would pay half on the dashboard which was unacceptable. In 2016, the dashboard was so bad they decided to replaced with an old or dashboard taken from another salvaged vehicle. Still refusing to reimbursement for the Oxygen Sensor 2 and the CD/Cassette AM/FM system.
Posted by
Lee Heller
on February 14, 2017
I have been on a waiting list in Tampa Florida for three years now for melting plastic interior. Since May 2016 I have moved up in the queue from 670 to 617 on the dealers list. My 2008 IS350 is virtually un-driveable in the FL sun, not to mention the passenger airbag situation which doesn't even have a waiting list yet. My dealer laughed when I said it might be another ten years before they address the problems and they actually laughed and said "yes, it might be". Lexus corporate customer service can do nothing per numerous calls to them. It is time someone sue Lexus, big league!
Posted by
Kathy kamin
on January 16, 2017
It's been EIGHT (8) YEARS and counting that I've had the same disintegrating dashboard/panel complaints as everyone else on this thread. TOYOTA/LEXUS, you FAIL!! No answers, no resolve, just placating and BS. Luxury car manufacturer ....bahahahahha. What a joke.
Posted by
DANG NGO
on December 23, 2016
My 2004 IS 300 dashboard started "melting" many years ago. I has always been garaged and only has only 50K miles. I bet that every IS 300 out there experiences the same problem. Just looked at the list of Lexus on the list of recall, the IS 250/350 are on it, but the Is 300 is not. Does not make any sense. This is definitely Lexus design problem. Very bad PR. I will continue looking on the net to find a way to fight Lexus to get the dashboard replaced.
Posted by
Lisa Bovia
on December 12, 2016
My dashboard in my 2004 Lexus rx330 cracked in 2 places the one crack is where the airbag is on the passenger side. How can I get this fix I heard theres a recall. Thanks
Posted by
Anthony Poston
on July 6, 2016
I have attempted several time to get information on getting my dash board replaced only to be face with attitudes and bad customer service. It seem to me that Toyota Motor Corp is trying to let the clock run on this hoping we will be forced to purchase another car it’s very disappointing and aggravating especially when I consider the amount of money I have given them with the purchase of the car and the continued service. I will not let them defeat me I will pursue this with everything I have until they right their wrong.
Posted by
Margaux Ross
on June 7, 2016
The Lexus division of Toyota Motor Corp is claiming they will fix the dashboards when they get the parts, but that they have no idea whatsoever when they will get the parts. How insulting. I've heard of court's forcing slum lords to live in their slum units for a period of time. I think one of the existing class actions' claim for relief should be that the Toyota Motor Corp key executives should be forced by the courts to drive cars with cracked and melting dashboards for several years. That will get the problem resolved more quickly and teach them a much lesson. Shame on them.
Posted by
Kay Shepherd
on March 7, 2016
Have called Lexus many times regarding this problem. There is a glare caused by the sticky, shiny dashboard reflecting on the windshield.
Lexus is really dragging their feet. At the rate they are moving most of us will have already purchased a new vehicle. Not Lexus, of course.
Posted by
Norman Buchalter
on February 12, 2016
I have a 2004 IS300 with the same problem. Car has been in a garage with low mileage ( currently 60m). I went to dealership 2 years ago about the melting dashboard. Lexus and dealership denied responsibility. Said it was no longer under warranty. Same response when I called this week, after hearing about recall.
Posted by
Dave Walker
on January 20, 2016
Got aletter from lexus about recall over 8months with no movement