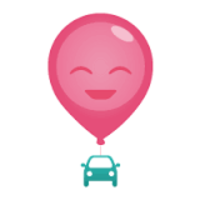 Miami, FL: A Telephone Consumer Protection Act (TCPA), class action lawsuit has been filed alleging that ride sharing app, Lyft Inc, and employment social network Jobcase engaged in sending unsolicited text messages to prospective drivers.
According the complaint, filed by Mary Fente, Lyft and Jobcase, which also runs a subsidiary company that posts jobs called jobhat, sent spam text messages to Fente’s phone using an automated dialing system, in violation of the TCPA. The purpose of the text messages was to persuade Fente to become a driver for Lyft, she claims.

According to Fente, she had accessed Lyft’s website through an ad posted on Jobhat, previously.

The complaint cites the texts as reading “Maria, START NOW: Drive with Lyft, up to $1500/wk,” and the message contained a link to Lyft’s website. Fente said she did not consent to receiving text messages.

The proposed number of plaintiffs could be “in the several thousands, if not more,” and seeks class certification for any potential Lyft driver who received an automated text going back to August 10, 2013. Further, Fente seeks to enjoin Jobcase and Lyft from sending the texts, and asks a judge to triple the $1,500 statutory damages under the TCPA for each message.

Lyft has an agreement with Jobcase to pay the company a fee based on how many prospective drivers Jobcase steers to Lyft’s website, the complaint states.