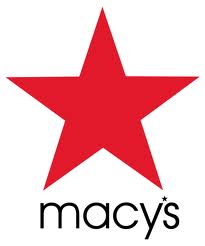 Boston, MA: A federal consumer fraud class action lawsuit has been filed against Macy' over allegations the department store routinely violates the Federal Trade Commission (FTC) Rule, passing off gold-plated sterling silver as "Fine Gold" without providing the adequate qualification.
The FTC rules prohibit the use of the word "gold" or any abbreviation to describe all or part of any product not composed entirely of gold or a gold alloy. The use of the word "gold" or its abbreviation is permitted only if the product is "adequately qualified" to indicate that the product or part is only surface-plated with gold.

The complaint alleges that Barsukova purchased earrings from Macy's that were labeled and marketed as "Fine Gold," but that really only had a fine layer of gold covering a sterling silver item.

According to the complaint, in 2010 Barsukova "was attracted to a pair of earrings labeled as fine gold. The salesperson confirmed to her that the earrings were in fact gold, regularly priced at $360, but discounted to $129.09 due to a 'pre-sale' event." It goes on to say that Barsukova purchased the earrings, and that "The receipt for the earrings identified them as...FINE GOLD JWL. The description states: 'ss gold ear.' The quality mark says: Aug. 25...14k.'"

Specifically, the complaint alleges that "Macy's breached the terms of the contract by selling much less valuable gold-plated silver that it misrepresented as 'fine gold' jewelry"; "Macy's was unjustly enriched by selling gold-plated jewelry while representing it as fine gold"; "Macy's breached that duty [of good faith and fair dealing] by failing to deliver goods as promised and advertised."

In this lawsuit, the proposed class is "All persons who purchased jewelry from Macy's labeled and sold as 'Gold' or 'Fine Gold' that was in fact gold-plated silver or sterling silver." It excludes the defendant and those for whom the statute of limitations has expired.

The lawsuit was filed by Lemberg & Associates on behalf of the class. The lawsuit is Barsukova v. Macy's, Inc. (U.S. District Court, District of Massachusetts, 1:12-cv-11892).

Posted by
Tyler Costa
on August 11, 2016
I bought one of those 14k chains from Macy's
Posted by
Linda Lahey
on August 9, 2016
I experienced exactly the same complaint. I purchased earrings from Macy's thinking they were 14K gold which are now pitted. I visited Macy's to explain the issue and they would provide no assistance. The earrings were on sale for $173 and I cannot wear them.
Posted by
Cori Beynun
on December 31, 2015
I ordered a wedding band for my husband and when I received it, I realized that it was the wrong size. I returned the original ring to a Macy's store after calling and ordering the same ring in the correct size.
3 days later, I received an email stating that my order has been cancelled. I called Macy's and they told me that my phone number was entered in wrong so for my protection, they cancelled the order.
For the third time, I placed the order over the phone for the original ring in the correct size. I was very upset at this point, as the ring was now no longer in stock and my husband would not receive it in time for Christmas. The sales associate on the phone took off 20% of the cost for my inconvenience.
A couple of weeks later, the ring arrived my house on my doorstep, which was upsetting since it should have been something that is signed for, as the first one was. I opened the package and saw that it was not the ring I had ordered, and the tag was not attached to the ring- it had been ripped off and was sitting in the box. The tag was for the correct ring, and not for the ring that was in the box. Also, the shipping label had a part of it ripped off.
It seems as though Macy's was trying to send me an incorrect ring and make it impossible for me to return since their policy for fine jewelry is that the original tags are to still be attached. Death themes fishy to me. I'm sensing fraud.