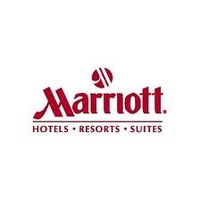 San Francisco, CA: A proposed class action lawsuit has been filed against Marriott Vacation Club alleging the company made unsolicited robocalls to the consumers’ cellphones using an autodialer, in violation of the Telephone Consumer protection Act (TCPA).
Filed in California federal court by lead plaintiff, Cheri Astrahan, the proposed action alleges Marriott Vacation Club had, without her permission, used an automatic telephone dialing system with an artificial or prerecorded voice, to contact her cell phone. However, in 2003, she had added her her cellphone number to the national do not call registry.

“Plaintiff requested for defendant to stop calling plaintiff, thus revoking any prior express consent that had existed and terminating any established business relationship that had existed,” the complaint states. “Despite this, defendant continued to call plaintiff in an attempt to solicit its services and in violation of the National Do-Not-Call provisions of the TCPA.”

According to the proposed lawsuit, Marriott Vacation Club, a timeshare operator, made numerous unsolicited telephone calls to Astrahan’s cell phone over a 12-month period. Specifically, she claims that beginning in October, Marriott Vacation Club contacted her on her cellphone in an attempt to solicit her to buy the time share’s services.

However, on October 25, 2003, Astrahan claims, she revoked consent for the time-share company to call her cellphone by expressly requesting that the company cease its solicitation. The revocation ended any prior express consent that had existed and terminated any established business relationship that had existed between Astrahan and Marriott Vacation Club, according to the complaint.

In her complaint, Astrahan asserts Marriot Vacations Worldwide has committed four violations of the TCPA and she is seeking $500 in statutory damages for each negligent violation and treble damages of up to $1,500 for every knowing and willful violation.

The proposed nationwide class numbers in the thousands, so damages exceed the $5 million threshold for federal court jurisdiction under the Class Action Fairness Act of 2005, according to the suit. Astrahan is represented by Todd M. Friedman, Adrian R. Bacon and Meghan E. George of the Law Offices of Todd M. Friedman PC.