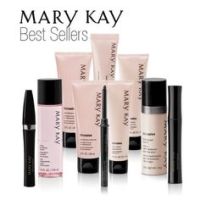 Newark, NJ: Cosmetics giant Mary Kay is facing a putative employment class action lawsuit filed by New Jersey state residents who worked for the company, alleging they were misclassified as independent contractors and unfairly made to purchase company merchandise as part of their employment.
Specifically, the lawsuit, filed on behalf of New Jersey-based Mary Kay product sellers, alleges the cosmetics company required employees to make non-negotiable payments under threat of termination, for Mary Kay products including marketing materials, uniforms and retail merchandise. These actions are in violation of the New Jersey Wage Payment Law, the lawsuit states. Additionally, the company required that they buy minimum amounts of company products or face expulsion, regardless of whether they had customers to purchase those products.

Further, the lawsuit claims that Plaintiff Ina M. Collins and tens of thousands of others who worked for Mary Kay as sales consultants and directors, were misclassified as independent contractors instead of employees.

"As a result of defendants' conduct, the class members have endured significant economic damages, including all the money they needlessly spent on meeting quotas for product purchases, on overpaying for car leases, on paying for their own advertising, on having to pay taxes on overvalued gifts to them, and on having to pay all of their Social Security taxes as if they were self-employed,"the complaint states.

The lawsuit contends that "Mary Kay Inc. exercises extensive control and direction over the manner of performance of plaintiff and all class members and leaves very little to their discretion." Further, the lawsuit contends that Mary Kay forced class members to pay fixed, non-negotiable prices for numerous types of sales and marketing materials, like pamphlets and DVDs, while not allowing them from formulating and selecting their own marketing schemes.

Finally, plaintiffs assert that Mary Kay required the workers to purchase certain ancillary items and samples for which no commissions were paid and did not count toward their mandatory minimum product purchases. Plaintiffs were required to wear uniforms the company sold to them at non-negotiable prices when attending various meetings, and, on occasion, they had to wear expensive formal gowns for which they had to bear the expense.

Collins is representing plaintiffs who worked as "beauty consultants,"including, but not limited to, all levels of "sales directors"for the company from September 2009 to the present who "were not, and are not, exempt under the New Jersey Wage Payment Law."

Collins is represented by Ravi Sattiraju of the Sattiraju Law Firm PC. The case is Collins v. Mary Kay Inc. et al., case number 2:15-cv-07129, in the U.S. District Court for the District of New Jersey.

Posted by
Monique
on March 2, 2017
Mary Kay is the biggest pier mid scheme ever and it is horrible the way they treat people they shun people if you say any one thing negative about them you are shined and band and treated horribly for real information about Mary Kay you should visit pink truth.com and people would be blown away at how many top directors have stepped out and are speaking out about the way they have been so poorly treated by this company it's funny they're bumper sticker says Mary Kay enriching women's lives and every time I think about it it should read Mary Kay putting women in debt !!!
Posted by
Linda
on January 8, 2017
you people are a bunch of crybabies. Mary Kay is known for no quotas and no territories. We are free to order or not to order. I have been with Mary Kay for over 20 years. No one forces anyone to do anything in Mary Kay. Certainly, no one forced any one to purchase 18k of products. That is just dumb business sense if you are not selling anything.

Posted by
KATHLEEN S DICKERSON
on September 25, 2016
Something has to be done about this supposed legal pyramid scheme! Too many lives are being ruined
Posted by
Danielle OBrien
on July 17, 2016
I too was led into this scheme. I was told that I would make a certain amount of money but I was limited on how I could advertise etc. I spent a lot of money trying to make this work all being told how I had to do things etc. I came to find out that this is a pyramid scheme and I lost. I had debt and almost couldn't pay my rent. I ended up sending as much as I could back to them but only received a small portion back from what I actually purchasedon't it for. This company should be ashamed of themselves for their misleading practices.
Posted by
Debbie
on November 19, 2015
My daughter is a director for MK and has been lead to believe that by putting up money on her credit cards that she will be making 6 figures in the near future. My daughter told her senior director that she is going to have to step down from the director position and get a job to pay off her debt. She has around $18,000 in credit card debt. Her senior director sent her a voxer message telling her that she was a quitter that she would regret what she's doing and made my daughter feel terrible. She has worked with this lady for two years.
Posted by
Leah harrelson
on November 19, 2015
I need your help! My life was ruined by Mary Kay!
Posted by
Sirena salazar
on October 25, 2015
I will have to agree with Collins cause its all true i was a consultant in 2010 to 14 and really it was hard to keep up with my personal bills and try to put in a order everytime it was time to put one in with only a bit of buyers so I want in on this lawsuit against Mary Kay inc..