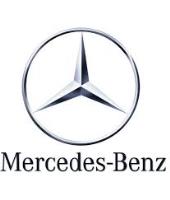 Santa Clara, CA Mercedes is facing a consumer fraud class action lawsuit alleging the luxury automobile manufacturer knowingly programs its Clean Diesel vehicles to emit illegally high levels of nitrogen oxide. Specifically, the lawsuit claims that like Volkswagen defeat devices certain Mercedes models contain a device that causes the vehicles to violate US emissions standards when run at cooler temperatures, making them less environmentally friendly than advertised.
The lawsuit was filed by a Mercedes owner in Illinois, who claims the automaker uses the device in its BlueTec cars to turn off a system meant to reduce nitrogen oxide in its exhaust. The law firm representing the plaintiff said in a statement that on-road testing had shown Mercedes's Clean Diesel cars produced average on-road NOx emissions that were 19 times above the U.S. standard, with some instantaneous readings as high as 65 times more than the US limit.

According to the complaint, the device in Mercedes' diesel models turns off pollution controls at temperatures below 50 degrees Fahrenheit (10 Celsius), allowing the autos to violate emissions standards.

Further, according to a study done by independent testing agency TNO for the Dutch Ministry of Infrastructure and the Environment, in real-world testing, the Mercedes C-Class 220 emits more nitrogen oxide than measured in laboratory results.

The lawsuit also contends that even if Mercedes is able to make the cars compliant with emissions standards, those who drive them will suffer harm because the vehicles won't perform as promised or advertised.

The plaintiff is seeking to represent a nationwide class of includes all US-based residents and entities that bought or leased an affected vehicle as of this month, and a court order compelling Mercedes to recall the affected models or replace them for free, in addition to unspecified damages.

Among the enumerated models are Mercedes' ML320 and 350 sport utility vehicles, its E- and S-Class cars, and GLE crossovers. Plaintiffs are represented by Hagens Berman Sobol Shapiro LLP.

Posted by
valerie mccune
on June 13, 2016
Separate issue with a dealership: the instrument cluster went out, so I had the dealership provide and install another one, but exactly one year after installment, it went bad. I called the dealership Autobahn in Belmont California and they said it had a one year warranty, so I will need to buy another one and have it installed again. I asked them " Do I need to buy one every year? " They said "yes". I called to verify this with 1-800-mercedes, and they also confirmed that if the warranty on the installed product is one year, yes, I will. If I would have known that I had to buy the same parts over and over every year I wouldnt have bought the car. This dealership also took out some of my standard safety equipment and I had to pay for standard parts and to have it reinstalled. 1-800,mercedes didnt care about that either.
Posted by
Paula critzas
on March 5, 2016
I had a Mercedes 2000 see that the pedal went all away down to the ground the breaks I was in an accident it was an S class Mercedes