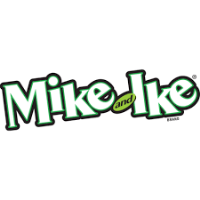 Santa Clara, CA: A consumer fraud class action lawsuit has been filed against Mike and Ike Candy alleging the company significantly underfills its Mike and Ike Original Fruits boxes, by as much as 30 percent, the complaint states.
Filed by named plaintiff Anthony Buso, the lawsuit claims Mike and Ike uses “blatantly deceptive and misleading” packaging to persuade consumers to buy their products. Buso states he was ““surprised and disappointed” after opening his purchased box of Mike and Ike Original Fruits and found significantly less candy than he anticipated.

“Judging from the sizes of the container, a reasonable consumer would expect them to be substantially filled with product,” the complaint states. “Consumers are misled into believing that they are purchasing substantially more Mike and Ike Original Fruits product than they receive.”

The lawsuit claims Mike and Ike’s actions are in violation of California’s consumer, false advertising and unfair competition laws and charges the candy’s manufacturer, Just Born Inc., with intentionally packaging the product in opaque boxes that are only about two-thirds full.

“Consumers, in reliance on the size of the containers, purchased the Mike and Ike product, which they would not have purchased had they known that the containers were substantially empty,” the complaint states. The complaint goes on to state the empty space, referred to as “slack fill”, serves no function.

“Plaintiff and the class members are not sophisticated experts about corporate branding, labeling and packaging practices,” the complaint states. "[They] acted reasonably when they purchased the Mike and Ike Original Fruits products based on their belief that defendant’s representations were true and lawful."

Buso seeks to represent other California State residents who purchased Mike and Ike products, estimating to the court that there is likely “hundreds of thousands” of class members.

Posted by
Camille Anderson
on November 1, 2017
I've purchased Mike and ike candy and takes me several boxes to fill a small jar, I feel ripped off by the package look
Posted by
Angela M Whiteside
on September 23, 2017
I've been purchasing Mike and Ike candy for over a 2 years and paying $1.29 at Rite Aid and $1.00 from Family Dollar. I spent quite a bit on filling a candy jar
Posted by
JENNIFER HAULCY
on September 6, 2017
I HAVE BEEN PURCHASING MIKE AND IKE CANDY FOR OVER 15 YEARS AND HAVE TO BUY MORE BOXES TO GET THE SAME AMOUNT THAT USED TO BE IN ONE BOX