Newborn Screening Delays Resulting in Illness and Death Across the US 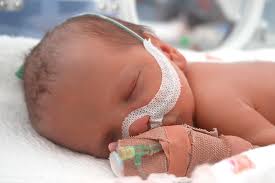 Washington, DC: An investigative report by the Milwaukee Journal Sentinel has revealed a possible nationwide issue concerning medical malpractice. Specifically, the report states that routine blood samples from newborn babies, screening which is required by law in every state, are arriving late to their designated labs across the US, not being sent at all, or are lost altogether.
As an example, the report cites the instance of a baby born in Arkansas whose blood was collected on January 15th, two days after being born. However, it took 24 days for the sample to be tested, by which time the infant had become seriously ill, nearly died, and was receiving medication through a tube inserted into this shoulder. It took another week before the doctors had the diagnosis of galactosemia.

According to the report, in 2012 at least 160,000 newborn blood samples from 31 states took more than 24 hours to reach get to labs. Almost all newborns have blood samples taken within two days of birth, so they can be screened for potential genetic disorders that, if caught early, may be treated. The JSOnline findings indicate that many of these blood samples taking up to a week to reach labs, and some are not being sent at all, putting these infants at risk for death, in the worst case scenario.

While newborn screening is the law in every state, parents can refuse the tests for religious reasons. When done, the screening protocol involves pricking an infant' heel 24-48 hours after birth. A small blood sample is collected on a filter paper card, which is then sent within 24 hours to a lab for testing. According to 2005 recommendations from a newborn screening committee created by the US Department of Health and Human Services, that sample is meant to arrive at the lab within three days after the sample is collected, JSOnline states.

The Journal Sentinel compiled information about newborn screening programs in 31 states and the District of Columbia, and found:

"Labs in half the country are closed on weekends and holidays, meaning babies born later in the week could have their results delayed two or three days, postponing diagnosis and increasing harm to affected children. In February, Garrett Saine stopped breathing three times on a Sunday while his positive test results sat inside the closed North Carolina state lab. A baby born on a Friday in Colorado died the day before his newborn screening results alerted doctors to a treatable condition."

"In nearly three-quarters of the country, hospitals are supposed to send samples using overnight delivery or courier services. Yet it still takes days for hundreds of thousands of samples to arrive at labs for testing. At one hospital in Phoenix, 70% of samples took five or more days to get to the state lab just seven miles away. Some hospitals still send blood samples through the U.S. Postal Service's regular mail. It saves them money."

"Many hospitals ignore regulations that require them to quickly send babies' blood samples to labs, and suffer no consequences when they're late. Last year in New York, only 60% of samples arrived at the state lab within 48 hours of collection-- the time period required by state law."

"For nearly 15 years, federal regulators and public health officials have discussed the need to standardize newborn screening systems throughout the country, but little action has been taken beyond increasing the number of conditions tested. Most state-run programs do not follow guidelines issued in 2005. As a result, programs vary so widely that a baby born with a disorder in one state can have a worse outlook than if born in the state next door. Some labs don't even track how quickly hospitals send samples."

"Lab administrators and public health officials in dozens of states have fought to keep the track records of hospitals hidden. Expectant parents have no way of knowing if the hospital where their baby will be born delays sending blood samples for these lifesaving tests."