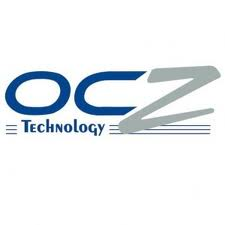 Wayne, PA: A securities class action lawsuit has been filed in the United States District Court for the Northern District of California on behalf of purchasers of OCZ Technology Group, Inc. ("OCZ" or the "Company") (NAS: OCZ) securities during the period of July 10, 2012 and October 10, 2012 (the "Class Period").

The complaint alleges that throughout the Class Period the Company and certain of its executive officers made false and/or misleading statements and/or failed to disclose that: (1) the Company was providing extraordinary customer incentives in excess of what was normal and customary in the past; (2) the Company was improperly accounting for customer incentive programs; (3) as a result, the Company's financial results were misstated during the Class Period; (4) the Company lacked adequate internal and financial controls; (5) as a result, defendants' statements were materially false and misleading; and (6) as a result of the foregoing, defendants' positive statements about OCZ's business, operations and prospects lacked a reasonable basis.

On October 10, 2012 the Company shocked the market when it announced that it would file a Form 12b-25 Notification of Late Filing with the SEC, to extend the deadline to file OCZ's second quarter 2013 financial results. According to the Company, OCZ's second quarter 2013 revenue will be materially lower than the September 5 preliminary revenue range of $110 to $120 million due to the impact of customer incentive programs which were discovered subsequent to the preliminary announcement during the normal close process, and which the Company will be reporting as a material weakness in its Form 10-Q. Moreover, the Company stated that it expected to report negative gross margins and a significant net loss for second quarter 2013. On this news, the Company's shares declined $1.27 per share, or more than 40%, to close on October 10, 2012 at $1.88 per share on unusually heavy volume.

If you have suffered from financial losses, you may qualify for damages or remedies that may be awarded in a possible OCZ Technology Group, Inc securities class action lawsuit. Please fill in our form on the right to submit your complaint for a free evaluation.