Have you been overcharged in a real estate transaction? Reports indicate that hundreds and thousands of consumers have been overcharged recording fees, allegedly because their agent is inserting incorrect information in the final HUD-1 settlement statement. 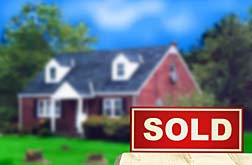 When you "close" on the purchase or refinancing of a home, your Escrow Agent (also referred to as a Closing Agent or Settlement Agent) finalizes your real estate transaction with a Settlement Statement, called a HUD-1. You rely on your agent to record accurate information and charge you accordingly.

Financial institutions and associated businesses rely on the accuracy of the information inserted into the HUD-1 by the Escrow Agent. But is the information really accurate? Your escrow agent will typically use a HUD-1 Settlement Statement for the real estate transaction.

For the most part, it is the major title insurance companies who, acting as the escrow agent in transactions they insure, keep the extra money from the HUD-1 line item overcharges.

As well, some companies try to justify overcharging by saying that it is easier to Ã¢â‚¬Óguess-timateÃ¢â‚¬ï¿½ the charges because it is virtually impossible to know the exact charges. However, it is possible to determine the exact amount easily--so that excuse is invalid.

The companies simply choose not to determine the exact amount or intentionally overcharge as it means extra money for them. It is negligence and/or intentional conduct in overcharging on their part. In either scenario, they are libel. No matter what the reason, the agents are duty-bound to report and accept as payment an accurate dollar amount in every transaction.

What the Consumer Can Do

Unscrupulous agents count on you not reading between the lines. Most people spend half an hour going through a transaction they have already spent several weeks and even months preparing for. The amounts listed in the final HUD-1 are not provided to them until 24 hours before the actual closing. Even then, most consumers don't look at the charges until the closing itself, and then only in passing--most closings are conducted quickly. And the parties rely on the Escrow Agent to tell the truth by providing accurate numbers in the HUD-1.

Some Escrow agents get consumers to agree the recording fees are 'just estimates". By telling the client these figures may not be right, they in turn claim they are off the hook as the consumer understood and took the risk. Again, the escrow agent keeps the overcharged amount. Real Estate Lawyers advise that you take the time to read before you sign.

The number of real estate transactions has increased dramatically during the recent real estate boom years, particularly because of the sub-prime market. As a result, there are a lot of funds that should have been returned. If you have either refinanced or purchased a home, it is likely that you have been a victim of these overcharges.

Real Estate Overcharges: A Dollar Here, a Million There…
In the buyer's market that is the aftermath of the sub-prime mortgage mess in New York and other cities, it will be interesting to see just how active will be the purveyors of fraudulent real estate fees and overcharges, as the market attracts property-hungry opportunists like bees to honey.

Real Estate Closing Costs: Beware of Hidden Fees
It was supposed to have been one of the happiest times in your life: the day you bought your first home. You saw the house and fell in love with, put in an offer on the house and were successful with your bid. But, like many first time home buyers, you may have forgotten (or maybe you did not know) about closing fees for your real estate transaction.

Real Estate Overcharges: $21,000 in Extra Fees
Imagine finding out, almost two years after obtaining a second mortgage on your home, that you were charged over $21,000 in real estate transaction fees that you were not initially told about. Imagine being told that, because the company filed for bankruptcy, your mortgage was sold, your payments were going up, and your house was going to be foreclosed and you would have nowhere to live.

Real Estate Overcharges: Others Get Rich on Your Money
You know what they say—look after the pennies, and the dollars will look after themselves. So it stands to reason that unscrupulous agents and officials involved with various real estate transactions are doing quite nicely pocketing extra money from real estate overcharges. Money that is rightfully yours.

Real Estate Overcharges: Not a New Problem
With the recent news coverage about problems in the housing industry, it might seem as though problems with real estate overcharges are a new issue. In fact, they are not. Lawsuits have been filed over the past few years alleging that people involved in the real estate industry, such as closing agents and title agents, have overcharged customers for their services. Now, more lawsuits are being investigated as consumers realize they may have paid too much for some real estate services.

Real Estate Overcharges: Real Dishonest
The potential for real estate overcharges, which could amount to millions of dollars per year, can be chalked up to a basic theory in human nature... There is a little bit of greed, and dishonesty in virtually all of us.

Real Estate Overcharges: Consumers Investigate Lawsuits
Consumers are investigating a possible lawsuit alleging they were overcharged on their recording fees for real estate transactions. They claim that this occurred because of incorrect figures being used on their HUD-1 settlement statement. Some lawsuits have already been filed while more are likely on the way.

If you or someone you know has possibly been overcharged recording fees, please fill in our form on the right to send your complaint to a lawyer to evaluate your claim at no cost or obligation.
Stay Informed
Get the latest on class action lawsuits, settlements & more! Subscribe to our free weekly newsletter.
Get our Newsletter!
Submit a New Complaint
Been wronged by a similar product or service?
Click here to send us your complaint.
RELATED NEWS
More News