A Leading lawfirm is investigating a possible class action lawsuit against Oxford Health Plans insurance for deceptive billing and unfair business practices. The main concern about Oxford's insurance policy revolves around the coverage of patients medical expenses inside and outside of Oxford Health Plans' network. The class action alleges that Oxford insurance's billing for the use of an out-of-network doctor is deceptive or unclear and that the practices used are unfair. 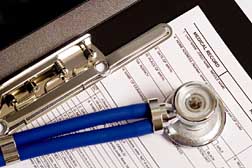 An Oxford insurance policy holder who uses an out-of-network physician causes the entire procedure, including the hospital bill, even if the hospital is in-network, to be considered outside of the Oxford network and is therefore not covered in the cost. This, however, has not made been clear to all Oxford insurance policy holders as the parts of the Oxford Insurance handbook that explain this are mentioned in a combination of three different pages separated by several pages using terminology that appears to vaguely reference the other parts.

Some health care experts have found the Oxford insurance policy coverage unusual and do not recall having seen the like before. The hospital industry considers this policy another in a string of Oxford's unfair practices that are designed to avoid the payment of what is rightly owed. The Healthcare association of New York has said that nobody would properly understand what the Oxford policy is supposed to mean, and has filed a complaint over just such an out-of-network case with the Attorney General's office.

As a rule, hospitals generally charge insurers higher prices for patients who are considered to be out-of-network for insurance coverage purposes. Hospitals who negotiate contracts with an insurer like Oxford include much lower charges for these situations. In Oxford's case, they have been known to pay a hospital at the lower "in-network" rate even though they tell, and unfairly bill, the Oxford insurance policy holder that the same service is "out-of-network".

Oxford Health Plans in the News

NOV-11-06: Health insurers, including Oxford Health, have been fined millions of dollars for failing to pay claims on time. [
Stay Informed
Get the latest on class action lawsuits, settlements & more! Subscribe to our free weekly newsletter.
Get our Newsletter!
Submit a New Complaint
Been wronged by a similar product or service?
Click here to send us your complaint.

Posted by
Connecticut
on September 17, 2008
I am covered uder an employer/group freedom/select plan. My bill is for $4,875.00 from nurses who attended to my hip resurfacing surgery in Nov 2006. Oxford refuses to pay because they claim information submitted by attending nurses does not comply with their request. Procedure code 27130.
Posted by
New Jersey
on September 1, 2008
During a routine check up at OB/GYN, two lumps were found on my breast. I was referred for mammography and x-rays, which confirmed the masses. The doctor and radiologist recommended an MRI of the breast to find out more before doing a breast biopsy, which can be very painful. Oxford denied the coverage because "it was not medically necessary". It was appealed by the doctor and myself, and still denied. I have to now come up with $2000 to cover this expense, all because Oxford states "its not medically necessary".