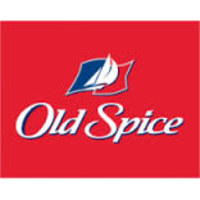 Santa Clara, CA: Proctor & Gamble (P&G) is facing a consumer fraud class action lawsuit alleging its Old Spice deodorant " regularly and routinely causes rashes, irritation, burning and other injury to unsuspecting consumers."
Filed by Rodney Colley on behalf of himself and all others similarly situated, the lawsuit contains a photo of Colley' armpit areas, alleging that the severe rash depicted in the images was caused by Old Spice deodorant.

Further, the lawsuit alleges numerous complaints have been registered against the product online, citing adverse reactions to the Old Spice deodorant and no adequate warnings or safety notices on the products.

Plaintiffs are represented by Thomas J. Connick of Connick Law.

Posted by
Jason R.
on August 21, 2019
I used the Old Spice Pure Sport High Endurance Deodorant, and broke out in a rash.
went away when i stopped using the product, and my son as well.
Posted by
william b ransom jr
on February 20, 2019
one day my oldest daugther ask me why my arm pit were all red it look like strips .it hurt so bad that i had to go to the base hospital to see the doc
Posted by
Realtalk
on December 22, 2018
This is so stupid. People are idiots. If you have a reaction to something STOP USING IT MORONS!! Don’t ruin it for everyone that loves it. I used after hours for years and loved it. But guess what, there are other brands of soap on the market that don’t agree with my body... SO I DONT USE THEM. That’s a wild thought, I was allergic to something so I stopped using it. Crazy right?
Posted by
edgar sikes
on December 15, 2018
i love how some were like oooh greedy people, I too had a reaction to the old spice deodorant, my underarms looked like donuts, sore and inflamed for almost a month. initially I thought it was a reaction to my environment at work, but then I stopped using the deo altogether and it went away, although it several weeks. it wasn't actually the antiperspirants causing the issue, it was the gel deodorants causing it, because that's all I used at the time, i switched to right guard and never had another problem.
Posted by
Ed louis
on May 1, 2018
I’ve used Old Spice for many years and never experienced any issues. Unfortunately, the company discontinued making the classic original antiperspirant that I love (white bottle red top). I hope they bring it back. For those of you with sensitive skin, I suggest you get another brand and stop winning about it. You should’ve read the warning on the label ( which all brands have). Stop trying to get money with your frivolous lawsuits, man-up and get another one that’s softer for you.
Posted by
Blake
on April 16, 2018
To all of whom used lionpride religiously - they did rebrand the same smell to krakengard (the octopus monster). Run out now and buy it!

To all of you sensitive a** half men complaining about old spice causing your skin to melt, go grab your moms dove and quit trying to kill the real men’s deo brand. Thx

Posted by
Ken
on February 17, 2018
I want my lionpride anti-perspirent back. Don't fold because some idiot wants to make a buck . All deodorant are basically the same just smell different. Old spice has been around for years. If it don't agree with your skin quit using it. Simple.
Posted by
SHDixon
on February 10, 2018
I've been using Old Spice Odor Blocker Deo Fresh for YEARS and never a problem. Also, it never burns my eyes. I always receive comments on the scent. This lawsuit is stupid. If a soap does not work for you, STOP USING IT. THERE ARE PLENTY OTHERS OUT THERE! I hope you loose this lawsuit big time. I want my Old Spice Odor blocker back!
Posted by
Charles
on December 28, 2017
Add Fresher Collection Timber Deodorant sold by Target in Nov.Dec 2017 to this list. Never had a reaction to any deodorant or antiperspirant in my life. Used this particular brand and armpits are flaming red, burning and very uncomfortable. This product needs to be recalled
Posted by
Reginald Maddox
on December 17, 2017
I am a regular user of Old Spice Lion Pride. I have used the body wash, deodorant and body spray. I have not had any issues and I absolutely love the product. I really hope it comes back on the shelf. I have used this product for years
Posted by
Rachel Page
on December 10, 2017
My husband has been using the After Hours body wash for years with no issues. It was my favorite scent and I miss it. Why can't ya'll just quit using the product and ask for a refund? Some of us love the stuff!
Posted by
Karma
on October 23, 2017
NEVER HAD ANY PROBLEMS WITH OLD SPICE!!
THANKS BUT NO THANKS CLASS ACTION FOR F****NG THAT UP!
DO YOU BELIEVE IN KARMA?

Posted by
Bryant burney
on July 31, 2016
My husband has used old Spice for years to he loves the fiji, and swagger but we don't buy it anymore. He used it in April, and he got a nasty rash, and it was burning him.

It was terrible we threw it away

Posted by
Kim Martinez
on June 4, 2016
My son ended up with a horrible oozing rash under his arm that was quite painful. We thought it was just a fluke. Then he saw something on Facebook about this class action lawsuit being filed. All of these people and Old Spice is saying that it's nothing?!?!? We've stopped buying their products. How many people need to suffer before you own up to this Old Spice?
Posted by
donna polofsky
on April 25, 2016
Shame on Old Spice. That name was a household word when I was growing up. So I trusted buying it for my 16 year old grandson. Severe itching. burning etc. Aloe helped. I want to be part of this lawsuit. These products obviously not tested before unleashing on the consumer!
Posted by
Kevin horton
on April 18, 2016
Omg it was so so bad i had to go to the dr because mh armpits and part of my arm blistered
Posted by
melanie mcgarity
on April 15, 2016
i would get a rash so bad it burned. i would lay with a fan blowing on it
Posted by
Matthew elkin
on April 14, 2016
I've used old spice for awhile I don't know if it's a specific date or what but I have 2 sticks of the Fiji and the one that's almost out didn't effect me until I used the new stick and my arm pit was on fire this morning. I got my wife to look at it and she said some skin was peeling off like a sun burn. I don't know what to do, it itches like crazy and burns.
Posted by
Francs Kole Kearney
on April 12, 2016
I've used old spice Original High Endurance Deodorant for the past 3 days and as a result I now have a large burn with blistering under my left arm pit and a slight burn under my right armpit. I have never had this reaction to any other type of deodorant before.
Posted by
Trish
on April 7, 2016
My husband has been using Old Spice for years and has never had an issue until recently. About 3 weeks ago he started getting a rash. He stopped using and put oilment on and rash went away. So he started using Old Spice again and it came back. There is something in there product that they have recently changed.
Posted by
Robert Olguin
on April 7, 2016
I received some Old Spice deodorant for Christmas as part of a gift set and the day I first used it I had itching and burning of my underarms so I stopped using it. A few weeks later I used it again with the same result so I threw it away and thought no more of it until I saw this post.
Posted by
Jami Betts
on April 5, 2016
Wow my husband used this and after only his second day he came home thriving in pain and itching so bad he was going nuts, he said please help somethings wrong with my armpits so he took off his shirt, lifted his arm and I said "what the heck did you get into, you have some blisters with a purplish rash" and I took plenty of pics, He said I didn't do anything my armpits started hurting this morning and as the day went on it got worse, after I helped him calm down his armpits we discussed what it could be from and hmm the only thing we had gotten different was 2 days before he bought the OLD SPICE DEODORANT.
I said DO NOT put any more on and let's see if that stops it and hmm yep it stopped but we thought it was just him because we didn't hear of anyone else until now.
I have to say pretty sad !!!! All these men did was but deodorant, a basic necessity and it caused this!!! Makes a person wonder?

I personally think it might be the aluminumchlorhydrate they use in it, but I don't know. I do know that after I stopped using the product, that the painful rash eventually went away. Now I don't use anything except a mild soap and water when I shower. This product sucks and I am pissed off that they ever put it on the market!

How do I sign up for this class action lawsuit suit? Send me some information as soon as possible. These jerks need to pay for the problems they have caused at my expense...