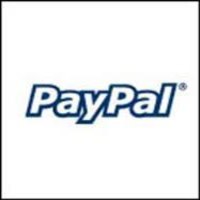 Santa Clara, CA: PayPal is facing a consumer fraud class action lawsuit alleging the company’s charitable arm takes funds from donors for various causes but fails to make the donations unless the charity had set up several accounts.
The complaint was filed by Friends For Health, a nonprofit supporting the North Shore Health Center in Highland Park, Illinois, and one of 10 charities that plaintiff Terry Kass attempted to donate.

The suit claims that the funds donated were never received by the charities as the PayPal Giving Fund took control of the money and donated it to organizations of its choosing. The suit asserts that PayPal did this because the charities chosen by Kass hadn’t set up the requisite PayPal accounts.

Specifically, the suit states “On its face, PayPal Giving Fund is an admirable endeavor; however, in practice, it falls woefully short of that mission on numerous fronts.” And: “PayPal Giving Fund is currently listing charities on its website that are not registered to receive donations, failing to inform donors that unregistered charities will not receive their donations, failing to notify unregistered charities that donations have been made to them and redirecting unclaimed donations from the intended unregistered recipient charities to organizations of their own choosing without notice to the donor or intended recipient.”

If a PayPal customer’s chosen charities don’t establish accounts and fail to claim the donations within six months, PayPal doesn’t inform them that an attempted donation has been made, according to the complaint. Rather, PayPal’s charitable platform “surreptitiously” donates the money without regard to the customer’s donation wishes, the complaint states.

Friends for Health seeks an order requiring PayPal to provide a full accounting of all transactions relating to the charitable deposits and a declaration that the donations redirected by PayPal Giving Fund rightfully belong to the charities identified by the donors along with statutory and punitive damages and attorneys’ fees. Friends for Health is represented by Jay Edelson, Benjamin H. Richman, Christopher L. Dore and Ari J. Scharg of Edelson PC and Michael H. Moirano and Claire G. Kenny of Moirano Gorman Kenny LLC.