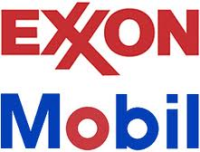 New York, NY: An environmental class action lawsuit has been filed on behalf of those who have property abutting Arkansas' Lake Conway, which was physically contaminated and polluted allegedly by the ExxonMobil Pegasus pipeline fracture on March 29, 2013, near Mayflower, Arkansas.
The lawsuit was filed on June 27 in the U.S. District Court, Eastern District of Arkansas, Western Division (Case No. 4:13-cv-00199-BSM). Exxon Mobil Corporation d/b/a ExxonMobil, ExxonMobil Pipeline Company and Mobil Pipe Line Company are named as Defendants. Lake Conway spans approximately 6,700 acres, making it the largest man-made lake in the United States, according to the Complaint. It is used for recreational activities, including fishing and boating, and for residential living. On March 29, 2013, the worst tar sands spill in Arkansas history occurred as the result of the fracturing of ExxonMobil' pipeline, which is alleged to have polluted and contaminated Lake Conway and the property around it with poisonous, carcinogenic and toxic chemicals, including but not limited to, benzene, toluene and other highly dangerous chemicals. The pipeline disaster also is alleged to have emitted hydrogen sulfide, a poisonous and toxic gas, which contaminated and polluted the air as well.

Plaintiffs named in the lawsuit are said to own property bordering Lake Conway and have experienced property damage, as well as "interference, aggravation, annoyance, inconvenience and intrusion from the tar sands and toxic chemical contaminants and pollution after the March 29, 2013 Pegasus Pipeline fracture and rupture,"according to the Complaint.

The Pegasus Pipeline, which was built in the 1940s, originally pumped liquid oil from Texas to the northern United States, according to the Complaint. About 60 years later, during which time the pipeline experienced problems, the Defendants shut it down for several years. The Defendants eventually decided to start using the pipeline again, only they reversed the flow direction; additionally, the pipeline began pumping tar sands from Western Canada though it, versus the liquid oil it was originally built to pump, the Complaint alleges. The company also decided to increase the Pegasus pipeline' capacity by 50%, increasing from 66,000 barrels per day to 99,000 barrels per day of Canadian tar sands. At the same time, however, the company did not upgrade or replace the pipeline for this use, according to the Complaint, which added that it was also aware that the pipeline was experiencing seam problems. About four years later, the fracture in Mayflower, Arkansas, occurred.

The lawsuit seeks monetary damages for property damage suffered by Plaintiffs and putative class members who have property around Lake Conway. Parker Waichman LLP, the law firm that filed the lawsuit, is seeking to represent those who owned property abutting Lake Conway in prior to March 29, 2013, the day of the spill.