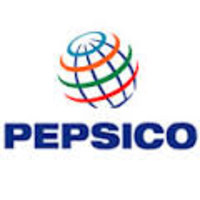 San Diego, CA: A subsidiary of PepsiCo is facing a class action lawsuit filed by a job applicant who alleges violations of the Fair Credit Reporting Act.
Specifically, plaintiff Altareek Grice alleges that during the job application process he was engaged in with Bottling Group LLC in August 2016, the company accessed his consumer credit report via Carco Group Inc., without making the necessary disclosures required by the FCRA.

According to the lawsuit, employers must provide a disclosure “in a document that consists solely of the disclosure,” if they wish to access a potential employee’s consumer report.

“Pepsi either knew or recklessly failed to know the disclosure requirements of [the FCRA] and that its acts in procuring or causing to be procured a consumer report regarding plaintiff and other class members without providing the required disclosure to them was facially contrary to the express language of [the act] and all administrative guidance available and violated the law,” the complaint states.

Grice seeks to represent a nationwide class of all individuals whose consumer reports were procured by Bottling Group LLC for employment purposes in the last two years and to whom the company did not provide a clear disclosure. The estimated size of the class could exceed 1,000 people, according to the complaint.