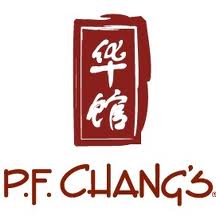 New York, NY: P.F. Chang's China Bistro is investigating a report of a data breach, involving credit and debit card data that may have been stolen from its restaurant locations across the country. The restaurant chain has 211 P.F. Chang's locations in the USA and 192 Pei Wei Asian Diner restaurants.
The report surfaced from cybersecurity blogger Brian Krebs, who previously discovered the Target data breach. Anne Deanovic, a spokeswoman for the Scottsdale, Arizona-based restaurant chain, said "P.F. Chang's takes these matters very seriously and is currently investigating the situation, working with the authorities to learn more. We will provide an update as soon as we have additional information."

According to Krebs, customer data from thousands of credit and debit cards previously used at P.F. Chang's restaurants went up for sale on an underground store best known for selling data from tens of millions of cards stolen in the Target breach.

Krebs reported that his banking sources revealed the cards had been used at P.F. Chang's locations from the beginning of March 2014 to May 19, 2014.