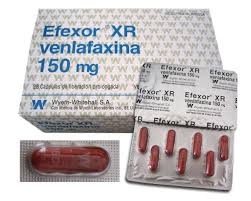 The use of Tikosyn by an Effexor XR/Venlafaxine HCl patient, where the contraindications and drug-drug interactions with Tikosyn have not been considered by the prescribing physician, could cause serious adverse health consequences that could be fatal.

Effexor XR is a prescription antidepressant indicated for the treatment of major depressive disorder, general anxiety disorder, social anxiety disorder, and panic disorder with or without agoraphobia. Tikosyn is a Class III (cardiac action potential duration prolonging) antiarrhythmic drug. It is used to treat irregular heartbeats (such as atrial fibrillation (AF) and atrial flutter (AFL)) and to maintain normal sinus rhythm (normal heartbeat) in patients with AF or AFL of greater than one week duration who have been converted to normal sinus rhythm.

These products were distributed nationally to wholesalers, distributors, certain government agencies, patient assistance programs and retailers, such as pharmacies and hospitals. These direct customers are being notified by UPS next day mail, and Pfizer is arranging for the return of all recalled products.