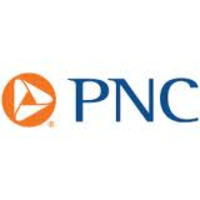 Pittsburgh, PA: A consumer banking class action lawsuit has been filed against PNC Bank alleging customers with delinquent loans are being charged fees for questionable services. Specifically, the lawsuit claims that PNC’s mortgage servicing unit repeatedly charges delinquent mortgage customers for “unreasonable and inappropriate” drive-by property inspections.
Filed in federal court by Rosemary Marsh of Bremerton, WA, the complaint asserts that she was charged for six drive by inspections, at $12 each, over a span of 17 months, after she fell behind on her mortgage in 2013.

“The inspector drives by the property ostensibly to assess whether the property is occupied, being maintained, and has not been damaged,” the complaint states.

According to the complaint, the bank automatically orders the property inspections at regular intervals without regard to whether they are needed or reasonable.“Property inspections are even performed when PNC is aware that a property is not vacant,” the plaintiff asserts. By way of example, in the case of a borrower who only misses one month’s payment but continues to make regular monthly payments, “PNC’s system will continue to generate work orders for property inspections until the initial default is cured,” according to the complaint. “These computer-generated inspections are unnecessary and unreasonable, confer no benefit to the lender and serve no purpose other than to generate revenue for PNC,” the lawsuit states.

Ms. Marsh alleges that even after verifying she was occupying the home, and after she had resumed making monthly payments on her loan, PNC ordered and assessed inspection fees.

The complaint contends that Class Members have suffered injury-in-fact and/or actual damage, and as a result, Plaintiff and the Class Members are entitled to a disgorgement of all amounts by which the Defendant has been unjustly enriched, as well as their actual damages, punitive damages, among other relief.

The Plaintiff brings this action seeking injunctive relief and damages on behalf of herself and the hundreds of thousands or millions of borrowers who have been victimized by PNC’s uniform practice of charging for unreasonable and inappropriate property inspection fees. The lawsuit seeks certification of a national class and a Washington class.