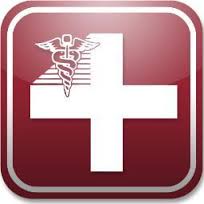 Los Angeles , CA: An employment class action lawsuit has been filed against Prime Healthcare Centinela LLC alleging California labor law violations, specifically underpayment of overtime and failure to provide meal and rest breaks to 400 employees at its 12 California hospitals.
In the class action, the lead plaintiff, a social worker for Prime Healthcare's subsidiary since March 2011, alleges "In violation of state law, defendants have knowingly and willfully refused to perform their obligations to compensate plaintiffs for all wages earned and all hours worked."And "As a direct result, plaintiffs have suffered, and continue to suffer, substantial losses related to the use and enjoyment of such wages."

The lawsuit, case number BC542351, in the Superior Court of the State of California, County of Los Angeles, claims that Prime Healthcare established policies under which hourly employees would be "taken off the clock"for a variety of reasons, including the indicating the end of a worker's official shift or falsely accounting that a meal break was taken when the employee was actually forced to continue working.