Were you looking for Fen-Phen or PPH and Fen-Phen lawsuits?
June 10 2004


Redux, along with Fen Phen, were wildly popular diet drugs in the late 1990s. They were prescribed as an appetite suppressant in conjunction with a diet and exercise regimen for obesity. However, according to the FDA, up to 20 percent of patients who took Redux, Fen Phen or Pondimin suffered heart damage, including Primary pulmonary hypertension (PPH).

Redux (Dexfenfluramine Hydrochloride) was approved in April, 1996 by the FDA for short-term (meaning less than 12 weeks) treatment of obesity; Redux was not approved in combination with other drugs, particularly phentermine, nor was any approval required by law. Redux side effects, like those of Fen Phen side effects, come from their being simultaneously prescribed with phentermine. (Redux contains only dexfenfluramine.) 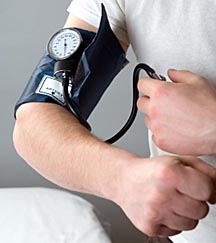 Redux labeling states that safety has not been shown for longer than one year of use, which reflects the length of the study upon which dexfenfluramine was approved. It was a one-year European study of 1,000 subjects, half of whom were treated with dexfenfluramine. Heart disease was not noted in the study.

But in 1997, after reports of safety concerns, the FDA asked the makers of Redux to voluntarily remove its diet drug from the market and recommended users to stop taking the drug and to consult with their physician about getting an echocardiogram.

Redux lawsuits, like those of Fen Phen and Pondomin lawsuits, which are all manufactured by American Home Products Corporation, claim the drug company knew these drugs could lead to Primary Pulmonary Hypertension (PPH), but it allegedly underplayed the health risks in order to reap high profits for these medications.

In 2000, the manufacturer agreed to settle a major class action lawsuit pending for about $12 billion. However, people who were later diagnosed with PPH have also filed lawsuits against Wyeth-Ayerst (that later bought American Home Products).

In 2004, a trial liability lawsuit against Wyeth over its diet drugs awarded three women from Utah $1.36 million in compensatory damages. The women claimed they suffered heart damage by taking drugs Pondimin and Redux, which make up half of the Fen-phen diet drug.

What is Primary Pulmonary Hypertension ("PPH")?

Primary Pulmonary Hypertension ("PPH") is a serious and potentially life threatening cardiovascular condition. In a study published in the New England Journal of Medicine in 1996, it found that the use of Fen Phen for three months or longer can increase in the risk of developing PPH by a factor of 23. PPH causes high blood pressure in the lungs that can create a feeling of breathlessness with minimal exertion, fatigue, dizzy spells, fainting and chest pain.

What are the symptoms of PPH?

If you or a loved one has experienced primary pulmonary hypertension while taking Redux or fen-phen, you may qualify for damages or remedies that might be awarded in a Redux class action or lawsuit. please fill in our form on the right to submit your complaint to a Redux lawyer for a free case evaluation with no obligation.
Stay Informed
Get the latest on class action lawsuits, settlements & more! Subscribe to our free weekly newsletter.
Get our Newsletter!
Submit a New Complaint
Been wronged by a similar product or service?
Click here to send us your complaint.
RELATED NEWS