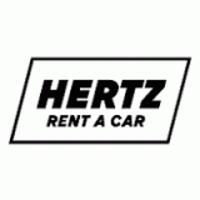 Santa Clara, CA: A consumer fraud class action lawsuit has been filed against Regency Car Rentals LLC, Hertz Global Holdings Inc. and The Hertz Corp., by two customers who allege the three car rental companies failed to return their deposits.
Filed by Nishil Patel and Gurraj Singh, on behalf of themselves and others similarly situated, the complaint asserts the defendants knowingly violated the California Business and Professions Code.

According to the complaint, in November 2015, Mr. Patel rented a vehicle from Regency for a two-day period. His Visa card was charged for the full amount of $3,254.25, while his American Express Card was charged $3,299.40 as a deposit, the suit states. He alleges he was told it would be refunded upon return of the vehicle. The plaintiff alleges that Regency assessed two unauthorized charges after the rental.

Similarly, Mr. Singh asserts that he also was assessed unauthorized charges against his security deposit, such that his security deposit was not refunded to his credit card. As a direct result, the plaintiffs and other class members allegedly have suffered injury, and have lost money or property.

The plaintiffs are represented by Todd M. Friedman and Adrian R. Bacon of Law Offices of Todd M. Friedman PC in Woodland Hills. The case is US District Court for the Central District of California case number 2:16-cv-05967.