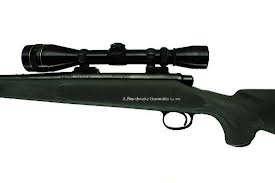 Bonita Springs, FL: A defective products class action lawsuit has been filed alleging the Model 700 Rifle Series manufactured by Remington Arms is defective and can fire without a trigger pull due to a mechanism known as the Walker Fire Control.
The lawsuit alleges that the Model 700 rifle is dangerous because of its Walker Fire Control trigger design. Unlike other firearm manufacturers, Remington' patented Walker Fire Control utilizes an internal component known as a "trigger connector;"the connector supports another internal component called the sear. When the trigger is pulled, the trigger body pushes the connector forward, allowing the sear to fall and the rifle to fire. When the trigger is pulled and the rifle fires, a gap is created between the trigger body and the trigger connector. According to the complaint, various field debris, manufacturing scrap, burrs from the manufacturing process, lubrication and moisture can build up in the gap created during a trigger pull. This buildup can allegedly restrict the return of the trigger connector to its proper location under the sear, predisposing the rifle to malfunction in the absence of a trigger pull.

The Walker Fire Control was introduced in 1948 and is found in over 5 million Remington brand firearms. According to the lawsuit, the Defendants have been aware of the Walker Fire Control' design flaws since before the product was placed into commerce. The suit states that the Defendants have known since 1979 that at least 1 percent of all Model 700 Rifles would "trick,"allowing them to fire unexpectedly without a trigger pull. The lawsuit alleges, however, that this percentage is vastly understated because the "trick condition"has to do with the design defects inherent in the Walker Fire Control, and therefore all Model 700 rifles and all other firearm that utilize this design have a risk of firing without a trigger pull.

According to the lawsuit, the unexpected firing without a trigger pull is so common that the Defendants have developed abbreviations to refer to the conditions under which the misfiring occurred. The "fire on safe release"or "FSR,"is only but one common form of malfunction allegedly associated with the Walker Fire Control.

The lawsuit points out the fact that the Remington Rifle Model 600, which also used the Walker Fire Control, was recalled after a large settlement was awarded to an accident victim in 1978. Remington recalled the Model 600 series once the media widely publicized the alleged malfunctions associated with the Walker Fire Control and the settlement amount. According to the complaint, the recalled Model 600 series exhibited the exact forms of safety related malfunctions as the Model 700. In 1975, Remington audited 615 Model 600 rifles and found that 55.9 percent of them failed. However, the suit states that the Defendants failed to warn, retrofit or recall the effected rifles until after the widely-publicized settlement in 1978. The lawsuit alleges that, despite the fact that the Model 700 rifles employ the same fire control system as the Model 600 series; the Defendants have not recalled all Model 700 rifles.

The lawsuit states that there is no engineering reason to employ a separate connector that is not physically attached to the trigger. According to the lawsuit, no other firearm manufacturer utilizes such a device and many after-market manufacturers have created replacement triggers to replace the allegedly defective Walker Fire Control. In fact, the lawsuit states that in January of 2011, Mr. Walker, designer of the Walker trigger, himself confirmed that the extra connector serves no engineering purpose other than to reduce manufacturing costs and make operation of the trigger pull smoother.

The lawsuit was filed on December 31st, 2012 in the U.S. District Court for the Southern District of Florida, Miami Division. Remington Arms Company, LLC., Sporting Goods Properties, Inc. and E.I. Du Pont Nemours and Company have been named as Defendants. [Case 1:12-cv-24561] Plaintiffs are represented by the law firm Parker Waichman LLP.

Posted by
Steven Schuetz
on March 1, 2019
I have a Remington Model 700 30-06. The date code "AI" indicates it was manufactured in 1976. This gun did discharge when I released the safety. I have gone to the Remington website and filled out there form and the response is this gun is not covered by the recall. So my question is does my gun have the walker trigger or the "40x" trigger, and if it has the "40x" trigger dose that trigger use the "walker" mechanics that are the suspects to cause of the "FSR" (fire on safety release). I purchased this gun in 1977 and have used it for hunting every year until this happened in 2015, so that means that I have set and released that safety many thousands of times with no incidents. I was looking at replacing the trigger in this gun with the 40x but I need more information.Any help would be appreciated
Posted by
James Denhollander
on April 9, 2018
I have a model 700 300 win mag BDL custom deluxe and bought it new in 1977. I always keep it clean and have never had a problem. It has a muzzle brake and a 6-24 power scope for those long shots. It is dead on accurate. It always works very well, but I also keep it clean. I believe in clean and well maintained firearms.