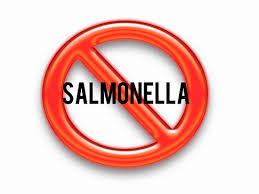 Washington, DC: The Centers for Disease Control (CDC) is reporting a total of 316 persons infected with the outbreak strain ofSalmonella Typhimurium in 37 states. Since August 9, 2013, nine new ill persons have been reported from Arizona (1), Kansas (1), New Mexico (3), Oregon (2), Utah (1), and Wisconsin (1).
This outbreak of human Salmonella Typhimurium infections is not related to the current outbreak of human Salmonella Infantis, Lille, Newport, and Mbandaka infections linked to live poultry.

Illnesses that occurred after July 22, 2013 might not yet be reported due to the time it takes between when a person becomes ill and when the illness is reported. This takes an average of 2 to 3 weeks.