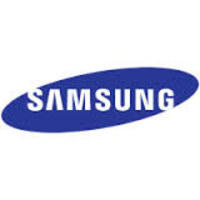 Santa Clara, CA: A defective products class action lawsuit has been filed against Samsung Electronics alleging the washing machines they make and distribute explode during normal use.
Filed by three women, namely Suzann Moore, Michelle Soto Fielder and Melissa Thaxton, the complaint asserts, on behalf of a class of all persons similarly situated, that the washing machines they all use have high-speed motors to spin the washer tub at 1,100 revolutions per minute. However, the plaintiffs claim the machines have defective assembly dampers, which causes the tub to become unfastened during a spin cycle, causing an explosion.

Posted by
aerosita Helms
on July 26, 2018
Samsung does not stand by their product
Purchase a Samsung front load washer for a household of one person. Drum went bad after 2 years. Costumer service promised to come out and look at washer after independent repair man said the drum mechanisms was bad. Pacific sales where product was purchased said Samsung has had problems with top and front load wash machines and the product was subject of recall.
Samsung agreed to look at the washer to verify manufactures defect. On the Day of service call Samsung stated they require a service fee to inspect faulty wash machine.Samsung does not stand by products. I have purchased several sets of washer, dryers and 5 tv's, after a complete remodel of 3 homes will not buy Samsung products any more.

Flat screen TV went bad after 18 months only reason that it was replaced was because the product was purchased at cost co. Samsung would not replace or repair. Buyer be aware of purchasing Samsung product.

Posted by
R. Newman
on February 26, 2017
I have a washer dryer front loader pair from Samsung and would like to be kept informed of this. I purchased them in 2014.
Posted by
Paul Quartarone
on September 11, 2016
I purchased a Sears KENMORE ELITE which I understand is made by Samsung. If this is the case, I would like to be kept informed. Thank you for your assistance.
Posted by
William Handlon
on September 11, 2016
I had a samsung washing machine that had a problem with the bracket that for the water pump kept breaking.it flooded my house twice