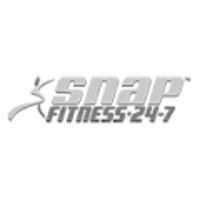 Santa Clara, CA: Snap Fitness is facing a proposed nationwide unfair business practices class action lawsuit alleging it instigated a $35 club enhancement fee without members’ consent and in violation of its own membership agreement.
Filed by named plaintiff Thomas Dwyer, a Snap Fitness member in Ohio, the federal complaint states that Dwyer found out about the fee in February via email. After complaining to his local club shortly thereafter, he was told it was a new corporate policy that the franchisee had only just learned of. Nevertheless, he was charged the $35 fee.

Dwyer alleges unjust enrichment on the part of Snap Fitness on behalf of himself and others similarly situated both nationally, and on behalf of a subclass of plaintiffs in Ohio who are members of Snap Fitness. Dwyer further claims violations of Ohio’s Consumer Sales Practices Act as well as the Prepaid Entertainment Contract Act for the company's failure to attach a notice of its Ohio members' ability to cancel their contracts.

The proposed class is represented by Bryce A. Lenox of Giles Lenox. The case is Dwyer v. Snap Fitness Inc., case number 1:17-cv-00455, in the U.S. District Court for the Southern District of Ohio.

Posted by
James Morris
on January 11, 2019
This partially due to the fact that they don't pay there corporate employee's enough.
Posted by
Dennis Hull
on July 17, 2017
In my town, they charged a "key" fee of $25 and then left town a month later...
Posted by
vicki Anderson
on July 16, 2017
I belonged to this gym for a while in Florida. They consistently violated their contract with me to the point where after I negotiated some payback for myself I quit. They cancel classes change classes do all kinds of modifications to the agreement without any notice or consent. Bad people to do business with I'm sure you can find multiple violations if you start asking people who belong to the gym.