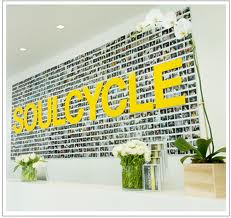 New York, NY: Nick Oram, who recently appeared on Nightline on behalf of SoulCycle and who is a former SoulCycle master instructor, has filed an employment class action lawsuit in the Southern District of New York alleging that he and other SoulCycle instructors were not paid consistent with New York and California laws. SoulCycle has built its reputation by providing what it describes as the "best instructors and staff, trained to deliver unique services and personal attention to all levels of riders." However, as detailed in the complaint, SoulCycle only compensates these instructors for the time spent teaching their classes, and has failed to compensate them for numerous hours spent in training, preparing for classes, developing routines, compiling playlists, communicating with customers, attending meetings, leading special event classes and engaging in marketing.
As the complaint alleges, SoulCycle's unlawful wage practices are consistent with its mistreatment of customers as SoulCycle does not provide any reimbursement to customers who are unable to attend classes they sign up for (unless they cancel the class by 5PM the night before), even when SoulCycle is able to re-sell the vacant bike spot. As a result, SoulCycle very often generates revenue from classes at a rate that exceeds the total number of bikes in a studio, to the detriment of its customers.

As the complaint alleges, despite the dozens of hours per week SoulCycle instructors are required to work above and beyond the time instructing a class, SoulCycle only compensates these instructors for only the approximately 45 grueling minutes during which each class is taught. Mr. Oram stated that, "It is my goal in this lawsuit to ensure that SoulCycle pays all of the hard working and dedicated instructors what they deserve and compensates them fairly for all hours worked."

Douglas H. Wigdor, a partner at Thompson Wigdor LLP, the lawfirm representing Oram and plaintiffs, declared, "This is yet another example of a company so-focused on profits that it disregards the wage and hour laws that are designed to protect hard working and dedicated employees such as Mr. Oram and his colleagues."

The case is entitled Nick Oram v. Soul Cycle LLC et al, Case No. 13 CV 2976, and was filed in the U.S. District Court for the Southern District of New York.