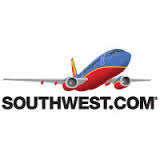 Los Angeles, CA: Southwest Airlines is facing a consumer fraud class action lawsuit over allegations it misleads customers into purchasing early flight check-ins, billed as Early-Bird"priority boarding.
Filed by Teri Lowry in California, the lawsuit contends that the airline deceived her into purchasing an "Early-Bird"priority boarding cost for a flight she took in March 2014 from Los Angeles to Indianapolis.

Specifically, the lawsuit claims that Lowry purchased a "Wanna Get Away"ticket offered by Southwest, and then added on the "Early-Bird Check-in"feature for $25 roundtrip. Lowry claims she purchased the feature based on previous experience when she traveled with Southwest and received a "B"boarding group assignment.

The lawsuit states that when Lowry contacted others who had received a higher boarding position than she did for her trip to Indianapolis, . none of them had purchased the "Early Bird Check-In."

Lowry is seeking class status, and more than $5 million plus court costs. She is represented by Kristopher P. Badame of Badame & Associates, APC.