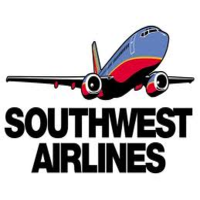 Santa Clara, CA: An unfair business practices class action lawsuit has been filed against Southwest Airlines alleging they unfairly placed a redemption period on their money credits issued to travelers who cancelled their non-refundable tickets.
The suit was filed by plaintiffs Paul Stewart and Michael Hicks who allege they bought Southwest Airlines non-refundable “Wanna Get Away” round-trip tickets from Tulsa, OK to Phoenix AZ in August 2013. They planned to depart Tulsa on November 14, 2013 and return on November 18, 2013. The complaint states the price for both round drip tickets was $695.

The plaintiffs were unable to travel on the dates they had booked and had to cancel their tickets, which they did, according to the suit, by following the procedures stipulated on the Southwest website. Hicks and Stewart assert they cancelled their flight reservations on October 22, 2013.

According to the complaint, the plaintiffs knew their tickets were non-refundable and did not expect a refund. However, Southwest subsequently provided them with a credit they could use toward future tickets on other Southwest flights, the lawsuit states.

“[The plaintiffs] were completely satisfied having money-credits to use in the future, and had good experiences in the past using other money-credits they had with SWA,” the complaint states.

However, when Hicks and Steward tried to use their travel funds they discovered the Southwest money credits were only good for one year from the date they bought their original round trip tickets, which they had cancelled.

The plaintiffs state in the suit that Stewart required significant medical treatment in 2014 and most of 2015, so they were unable to travel in a non-emergency capacity. However, by August 2015, Stewart was able to travel which is when he and Hicks tried to use their Southwest money credits to buy tickets.

“To their surprise and chagrin,” Southwest representatives allegedly informed the plaintiffs that they could not use their money-credits to purchase airline tickets. According to the Southwest Airlines class action lawsuit, the plaintiffs were told the funds had expired, the funds were no longer available, and that the funds were lost, among other things.

They plaintiffs claim they “attempted to resolve their dispute with SWA over their expired, unavailable, and lost money, but SWA simply stonewalled them and stopped responding.”

“The only logical conclusion is SWA confiscated [the plaintiffs’] money, and has kept it as free, unearned profits since August 2013,” the suit states. Hicks and Stewart allege that the funds include federal transportation taxes, 9/11 security fees and passenger facility charges, in addition to the actual fare.

“Unbelievably, SWA has provided nothing in return to [Stewart and Hicks] for the money they paid to SWA,” the suit states.

The Southwest Airlines class action lawsuit asserts claims for breach of contract, fraud and tortious breach of the covenant of good faith.

The plaintiffs are represented by Jeffrey Martin of Jeff Martin & Associates PC. The lawsuit is Paul Stewart, et al. v. Southwest Airlines Co., Case No. 5:17-cv-00429-F, in the U.S. District Court for the Western District of Oklahoma.

Posted by
Diane Mikutis
on October 2, 2018
Also, if you don't remember your confirmation number, they refuse to give you the info regarding the credit.
Posted by
Yolanda
on August 10, 2018
The same occurred with me. To the tune of 32.00. I used some of the unused funds to travel in January 2018 for a trip that had been cancelled in October 2017. I then made reservations for travel to commence on 10/21/18 and was informed that my 32.00 could not be applied because they expire on 10/12/18. It does not make sense. There should be some form of compenstion for unused travel funds, especially if you book future travels. It is such thievary by SWA.
Posted by
Amy
on September 25, 2017
If you used your own credit card to pay for the remainder of the balance, Southwest representative states the the funds will expire the same date as the original date even if it is 3 days later. In my situation, I had funds that expired 9/30/17, but I booked a flight and paid only $34 extra on my credit card. The full amount including my $34 expired 9/30/17. They would not refund me the $34 or extend expiration date. The representative stated according to their Contracts of Carriage, I do not get the funds. According to another representative, he stated it is in their Terms and Conditions. Either way, it is unfair.
Posted by
Diane Stines
on April 23, 2017
I experienced the same issue but a little different. I had cancelled a flight and went to book the flight by the expiration date, and was informed that I had to have traveled by that date, not book another flight on that date......but for $50.00 I could extend the date and rebook a ticket. In then paid the extra money to buy back my ticket that I had already paid for.
Posted by
Eugene Knox
on April 23, 2017
I to am a victim of SWAL refund policy and I gave up on getting any monetary satisfaction on a cancelled flight that I was not able to make. Although my claim was not substantial but fact still remains that it is my money and I would much rather have my money that a credit that I might not use before it expires.