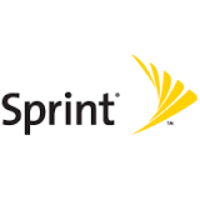 Santa Clara, CA: Sprint is facing a proposed class action lawsuit that alleges the telecommunications giant repeatedly sent unsolicited ads for discounted smart phones and data plans, by fax and without an opt-out notice, in violation of Telephone Consumer Protection Act (TCPA).
The suit is brought by Gorss Motels, and claims that Sprint Communications Co., Sprint Cellular Holdings Inc., Sprint Communications LLC and others, effectively wasted the time of dozens of members of the proposed class by distributing unwanted, unauthorized and unavoidable faxes advertising sales promotions.

“Defendants faxed the same and other unsolicited facsimiles to plaintiff and at least 40 other recipients or sent the same and other advertisements by fax without first receiving the recipients’ express invitation or permission and without having an established business relationship as defined by the TCPA and its regulations,” the complaint states.

The complaint claims that as a result of the defendants actions in sending the unwanted faxes, class members were deprived of their privacy and their ability to receive authorized faxes, in addition to the suffering unnecessary use of plaintiffs’ toner and paper.

The proposed class is seeking damages in the form of actual monetary loss from the violations, due to toner and paper usage, among other things, or $500 for each violation of the the junk fax law, whichever is greater. Additionally, the class seeks treble damages if the court finds that the junk faxes were intentional. As for the Connecticut state law claims, the proposed class seeks $500 per violation. The court is also urged to enjoin Sprint from further violating the JFPA and the Connecticut state law.

The proposed class is represented by Aytan Y. Bellin of Bellin & Associates LLC, and Brian J. Wanca of Anderson & Wanca.