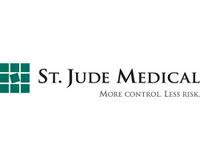 Philadelphia, PA: A securities class action lawsuit has been filed in the United States District Court for the District of Minnesota, Freedman v. St. Jude Medical, Inc., et al., No. 12-03070-RHK-JJG, on behalf of purchasers of common stock of St. Jude Medical, Inc. (NYSE: STJ) during the period from October 17, 2012 through and including November 20, 2012 (the "Class Period").

The complaint charges St. Jude and its chief executive with violations of the Securities Exchange Act of 1934. St. Jude manufactures and markets medical device products, including the leads that connect implantable cardiac defibrillators (ICDs) to the heart.

The complaint alleges that during the Class Period, St. Jude issued a series of misleading statements concerning an inspection by the U.S. Food and Drug Administration (FDA) of the company's Sylmar, CA production facility. In 2011, one type of ICD lead manufactured by St. Jude, known as the Riata, was recalled due to instances in which the insulation of the Riata leads had experienced so-called "inside-out" abrasion failures. In the wake of this recall, investors expressed significant interest in the performance of a next-generation ICD lead manufactured by St. Jude, known as the Durata. On October 17, 2012, on St. Jude's third quarter earnings conference call, St. Jude stated that an ongoing FDA inspection of the company's Sylmar, CA facility was likely to result in the issuance of a "Form 483," a form used by FDA investigators to note objectionable conditions or practices, and could ultimately result in the FDA issuing a Warning Letter to the company.

Company officials declined to specify the nature of the problems at the facility or the products affected by them. One week later, St. Jude publicly released a heavily redacted version of the Form 483 that the company had received from the FDA. Among other information concealed were the names of any St. Jude products. Defendants knew, but failed to disclose, that most of the observations of objectionable conditions listed on the Form 483 related to the Durata product. On November 20, 2012, after the close of the market, media outlets reported on the FDA's release of its own version of the same Form 483 issued to the Sylmar, CA facility, which showed that most of the identified problems pertained to the Durata lead. On this news, St. Jude stock fell by $4.34 or 12%, to close the next day at $31.37 on heavy volume.

If you have suffered from financial losses, you may qualify for damages or remedies that may be awarded in a possible St. Jude Medical Inc., securities class action lawsuit. Please fill in our form on the right to submit your complaint for a free evaluation.