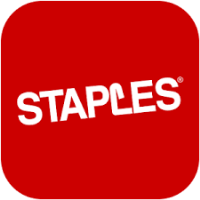 Santa Clara, CA: Staples Inc., is facing a consumer fraud class action lawsuit over allegations it cheats consumers on its reward program.
Filed by Staples customer Neil Torczyner, the lawsuit asserts the company spreads discounts for coupons across a customer’s total collected points in a purchase rather than applying them against the item the coupon was used for, allegedly shorting the total number of rewards points the customer racks up.

The suit states that the points are valuable to consumers because they can be credited against purchases at Staples stores and online. Therefore, the points should be added up in the way the company advertises.

“By employing this deceptive method of calculating rewards points, Staples shorted its members’ account credit which could have been used towards the purchase of most merchandise in Staples’ stores, online at staples.com, or by phone,” the suit states.

Torczyner claims he noticed the problem when he used a coupon for a package of bottled water. The coupon took $1.50 off the cost of the water itself, making it a non-qualifying purchase for rewards points purposes, according to the suit. He claims that when he looked at his rewards points it seemed that Staples had spread out the value of the coupon over the whole transaction, limiting the number of points he could collect for items that were qualifying and that weren’t impacted by the coupon. He should have received $7.98 in points, but received $7.02 instead, according to the complaint.

Torczyner seeks to represent a class of customers who were allegedly cheated out of rewards points when they used coupons. The proposed class is represented by David R. Stickney of Bernstein Litowitz Berger & Grossmann LLP and Frank R. Schirripa and Michael A. Rose of Hach Rose Schirripa & Cheverie LLP.

The case is Neil Torczyner v. Staples Inc., case number 3:16-cv-02965, in the U.S. District Court for the Southern District of California.

Posted by
Charles Strategos
on January 2, 2018
I have been using the Staples rewards point system for several years. This includes turning in your empty ink cartridges and receiving point for paper, and other related items. I have yet understood the program for I yet have received points toward discounts on paper, and ink. The one cent paper says you pay full price and will receive a discount after you receive points.
I got very discouraged and gave up. I did not have the time to spend getting on the phone to find my rebate or points toward other items. I have spent over $1,000 in the past couple of years and a lot of that should have come back as free
Posted by
Jada
on June 26, 2017
Stop being such babies, crying over a few vents. Get over it!
Posted by
Racheal Hagan
on February 12, 2017
I stop usiing staples stores.
Posted by
saundra j golden
on January 21, 2017
I totally agree . Also, staples gives you the rewards points and really doesn't give you the opportunity to use them, giving them short expiration dates. It is a very poor system indeed, benefiting them and not the customer as they advertise. Please add me to the lawsuit.
Posted by
Dennis
on December 19, 2016
There was actually NO WAY I could determine how many points (dollars) I earned on my used ink cartridge return from the receipt I was given. When I received my point credit, it was only one fourth of what it should have been... but I had no proof of what my credit should have been. Very poor system.
Posted by
Deborah Mills
on December 9, 2016
I actually argued with a staples employee over my points. I was all set to have them applied to a servicing purchase and was told it wouldn't apply. I was really angry. Now I knew it wasn't just me.