If you purchased State Farm Auto Insurance in California between 1997 and 2002, you may have paid an illegal "accident surcharge" - for California policyholders only. 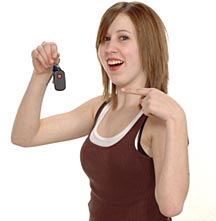 California residents and policy holders of State Farm car insurance seek a class action lawsuit and compensation for damages on the basis that the insurance company was allegedly in violation of the California Insurance Code since at least 1997.

Premium Pain: Are Insurance Companies Breaking the Law?
State Farm places a premium on honesty. A giant among insurance firms, the Bloomington, Illinois company employs nearly 70,000 people and boasts that they insure "more cars than any other insurer in North America."

Insurance Law Reforms: Putting Pressure on State Farm
It has been one year since the State of California Insurance Commission began its push for major insurance industry reform, charging that auto insurers such as State Farm Auto Insurance have been enjoying burgeoning profits, thanks to lower pay-outs and higher premiums.

If you were charged an additional fee on your auto insurance premium or auto insurance quote, you may qualify for damages or remedies that might be awarded in this class action case against State Farm Insurance. Please fill in our form on the right to submit your complaint and we will have a lawyer review your State Farm Auto Insurance case.
Stay Informed
Get the latest on class action lawsuits, settlements & more! Subscribe to our free weekly newsletter.
Get our Newsletter!
Submit a New Complaint
Been wronged by a similar product or service?
Click here to send us your complaint.

Posted by
Jennifer Ward
on April 9, 2016
I joined State Farm in January 2013 ($109/ monthly), in February 2013 I tapped the bumper of someone's car. When policy renewal time came in June 2013 my rates went up 80%, to $185/month. My jerk of an agent said "well we had to pay out $7000, we have to get that money somewhere".
To-Date I am still paying $156/month.
Is this surcharge hike legal? oh I even increased my deductible and deleted medical to have the $185/ month
I'm looking to change my car insurance again so decided best to really do research before I sign the dotted line.
Thanks!
Jennifer Ward