A pending class action lawsuit has been undertaken regarding SunTrust Bank HELOC accounts. SunTrust is alleged to have decreased, froze or terminated thousands of HELOC (Home Equity Line of Credit) credit lines but may have violated its contracts and its clients' rights in taking these actions. Specifically, it is alleged that clients who had their HELOC accounts frozen by SunTrust were unsuspecting, had good credit and had paid their account as agreed when they were informed that SunTrust was decreasing or freezing their credit line. The lawsuit further claims that SunTrust took these actions to enhance its financial condition and appear healthier to federal regulators.

SunTrust is accused of decreasing, freezing or terminating thousands of Home Equity Line of Credit (HELOC) loans previously committed to clients who were considered "unsuspecting," including senior citizens. 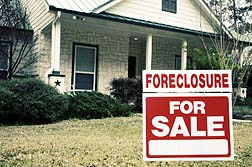 According to documents filed regarding the potential class action lawsuit, on December 20, 2006, the plaintiff, an 82-year-old woman, entered into an agreement with SunTrust that provided a line of credit of $500,000. The terms of the HELOC, secured by her residence, stated that the plaintiff could draw on the line of credit while making "interest only" repayments until the end of the Loan Agreement's term.

The complaint states that the plaintiff was always timely in making payments, was never in arrears and was never informed that any violations of the Loan Agreement had occurred. The plaintiff says she received a letter from SunTrust requesting her updated financial information. Although the plaintiff sent the requested information, she was later informed, via letter, that access to additional credit was suspended. At the time, the plaintiff had used less than $100,000 of the $500,000 credit line.

The complaint notes that the request for updated financial information from the plaintiff did not indicate the purpose, intent or use of the requested information, nor did it indicated that an unsuitable response would have such dire repercussions for the plaintiff.

"At all relevant times, activities relative to Plaintiff and the Class were intended to abet the appearance of a financial institution healthier than its substance and resistant to rampant difficulties in the current banking environment," the complaint states. "One element of achieving this was for SunTrust to shore-up its capital by avoiding allowances for possible loan losses and/or loan commitments."

HELOC loans are loans in which the lender provides credit up to a stated maximum amount within a certain term, the loan collateral being the borrower's equity in his or her home. They are different from a home equity loan because the borrower does not receive the entire amount at once, but instead uses a line of credit to borrow amounts up to the amount of the line of credit. The term of the line of credit is an agreed upon period, often between five and 25 years.

According to its website, Atlanta-based SunTrust had total assets of $179.1 billion on March 31, 2009, and is "one of the nation's largest and strongest financial holding companies." The company's banking subsidiaries provides deposit, credit, trust and investment services while other subsidiaries provide mortgage banking, brokerage and other services. SunTrust operates in Alabama, Arkansas, Florida, Georgia, Maryland, Mississippi, North Carolina, South Carolina, Tennessee, Virginia, West Virginia and the District of Columbia.

If you or a loved one has suffered damages in this case, please fill in our form on the right and your complaint will be sent to a lawyer who may evaluate your claim at no cost or obligation.
Stay Informed
Get the latest on class action lawsuits, settlements & more! Subscribe to our free weekly newsletter.
Get our Newsletter!
Submit a New Complaint
Been wronged by a similar product or service?
Click here to send us your complaint.
RELATED NEWS
More SunTrust HELOC News