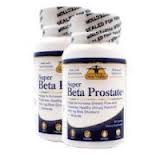 Sacramento, CA: New Vitality , the maker of Super Beta Prostate, and quarterback Joe Theismann who endorses the supplement, are facing a consumer fraud class action lawsuit alleging that millions of customers were induced to buy a product that does nothing to remedy prostate troubles such as benign prostatic hyperplasia (BPH).
Specifically, the lawsuit, entitled Floyd Luman v. New Vitality Corp. and Joe Theismann, Case No. 13-cv-656, California Eastern District Court, Sacramento, claims that Super Beta Prostate, is an unsafe and illegal drug.
Stay Informed
Get the latest on class action lawsuits, settlements & more! Subscribe to our free weekly newsletter.
Get our Newsletter!
Submit a New Complaint
Been wronged by a similar product or service?
Click here to send us your complaint.

Posted by
Gary Hale
on July 19, 2017
This drug almost killed me.
Posted by
Jack Kearney
on November 30, 2015
I used SBP for over 6 months in 2013 with no relief. whenever i called in ti them they kept saying it takes awhile to work