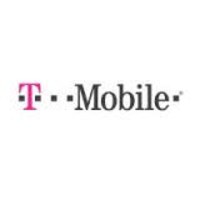 Santa Clara, CA: T-Mobile is facing an unfair business practices class action lawsuit filed by a consumer who claims the company misrepresented the nature of a credit check.
Filed by Erik Shapiro on behalf of all others similarly situated against T-Mobile USA Inc., the lawsuit claims violation of the False Advertising Law, Unfair Competition Law and other counts.

Specifically, the complaint states that in February 2014, Shapiro contacted the defendant to inquire about its phone plans and the possibility of switching his provider to T-Mobile. He alleges that the defendant performed a hard credit check on him, rather than a soft credit check as they stated they would do. As a result of the defendant’s action, the plaintiff sustained damages.

The plaintiff holds T-Mobile USA Inc. responsible because the defendant allegedly misrepresented to plaintiff that they would only do a soft credit check but did a hard credit check without plaintiff's permission and consent.

Posted by
colleen provo
on April 17, 2018
This also happened to me! however it goes deeper for me as I was misled regarding their service coverage!!!may of 2017 I went to one of their T-mobile store several times explaining that I have had family trying to call me and it would only ring!!??? with that being said they sent out 2 cell boosters . still I thought service would get better as the rep told it would!! I expressed my concerns to T-Mobile the importance of having to get calls!!! on fathers day of 2017 I got the worst news of my life! The Medical examiner had to leave a voicemail on my cell # that I needed to call right away! My phone had never rung ! My Son had passed the day before and M.E. office had been trying to reach out to me!! Shame on T-Mobile.
Posted by
Brenda Curry
on November 12, 2017
I've been with T Mobile for some years and never thought about the credit check nor the large deposit until now. I think every time you get a new phone they run a credit check.
Posted by
Renee
on October 8, 2017
did not even inform me they were going to run a credit check
Posted by
Stanley B Alexander
on September 12, 2017
They did this to me too. When I called them about anything and complained, I get a siest and deist letter and advised to never call or ask anything and they can only record all call.
Posted by
Nikki
on March 18, 2017
I was told the same thing by them, just recently in January 2017 and after I had informed them in person and via telephone to different departments of their corporate offices, that I had a hard hit from them already that was affecting my credit from March of 2016 that was not even done by me, my identity/ info was stolen years back and have reason to believe it has something to do with that. No one seems to be able to tell me any info, like if it was done in person or over the phone, because no line of service or account of service was ever actually created. The credit check was done, but no one continued with anything else, so there was no info they could provide me with or anything that could be done to fix it! So in January my daughter needed to switch phone company's, as she was on a shared plan with another family member, she is only 18 and does not have established credit yet, so I said she could use mine and get her own account, we wanted to go with t-mobile and I figured since a credit check had already been done for nothing, I would get something out of it. I informed the sales team and Gm at this particular store of what had happened an what I was told in the past and specifically asked if my credit would again be affected and hit with a hard CREDIT check, or if it could/ would be based on the past info, or how all that would work? I was told no it would not affect my credit or be considered as a hard hit for a second time from the same company. Well they lied, or just flat out had no idea what they were talking about, and I believed them! So I now have two, the only two, hard CREDIT checks on my credit, from the same company!! The kicker is I don't even have a phone/ account with them for myself! Currently I have a pre-paid with safe link! Ha! Do I possibly have any type of case, or way to get in on class action lawsuit as well?!
Posted by
Malaria Keyes
on February 17, 2017
I have tried to get service plenty of time an every time I get a high deposit to pay. An my credit score would be messed up every time I tried. I tried at least three times.
Posted by
Racheal Hagan
on February 12, 2017
I was told the same it would not affected my credit score.
Posted by
shelley
on February 8, 2017
effected my score
Posted by
Dominique George
on February 2, 2017
I was told the samething and yes it did effect my credit score and the deposit I was required to put down a outrages deposit
Posted by
Vickie Fortner
on January 23, 2017
I was told would not effect my credit but it did.
Posted by
linda l dodge
on January 18, 2017
i want some settlement money
Posted by
Sara Cilloni
on December 2, 2016
impaired my credit score
Posted by
Sasha Detty
on November 28, 2016
they impaired my credit score
Posted by
tanika busby
on November 20, 2016
please add me to this lawsuit this has affected me as well
Posted by
David Gardner
on November 13, 2016
They did the exact same thing to me twice!

can I get involved in the law suit?

Posted by
brown
on October 6, 2016
impaired my credit score
Posted by
Patrina Morgan
on August 7, 2016
T- Mobile did the same thing to me and and it affected my credit score and after all that they want to give you prepaid. Each time you call they don't see the previous credit check and try to do another hard credit check. I would like like to be added to that lawsuit if possible.
Posted by
Connie
on August 7, 2016
Comcast/Xfinity does the same thing
Posted by
Tara Frazier
on July 27, 2016
I applied with them for a phone on several occasions but they always ran a credit check and I had to pay a high deposit but now I had to get just a prepaid phone from them.