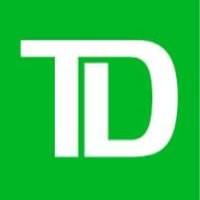 Toronto, Canada: A consumer fraud class action lawsuit has been filed against Toronto Dominion (TD) Bank in Canada alleging that its “Penny Arcade” coin counting machines located across Canada shortchanged customers.
Filed by plaintiff Lisa Ram ("Ram"), residing in Kitchener, Ontario, the suit claims that on or about June 23, 2014, Ram used TD Bank's coin counting machine in Kitchener, Ontario to count coin currency. Prior to depositing the coins. Ram counted and sorted them and knew she had a total of $854.25. After depositing the coins into TD Bank's coin counter, she was not credited for amounts totalling $159.50.

Ram complained to TD Bank, which failed to remedy her losses.

The class action is brought on behalf of a proposed class of persons who used TD Bank's coin changing machines in Canada between January 1, 2013 and May 25, 2016.

Plaintiffs are represented by Sotos LLP.

Posted by
Catherine Elio
on October 5, 2017
All the coin counting machines were inaccurate at TD bank but, they had the nerve to charge me for the service. My husband had a business account, a home equity account and I still was charged a fee. What nerve! I would count my coins at my residence and bring them to TD and I would get a wrong amount EVERY SINGLE TIME. I brought this up to the teller and he became scared! He wanted to reimburse me right there and the manger threw me out when I brought up the inaccuracies! I was mortified. I wanted my husband to pull his accounts but he wouldn't. I will never bank at TD they are a bunch of thieves