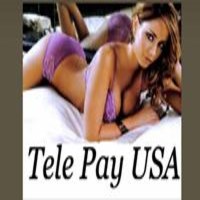 Santa Clara, CA: An unpaid wages and overtime class action lawsuit has been filed against Tele Pay USA by a phone sex worker who alleges the company is paying her less than minimum wage, no overtime and not paying for “off- the-clock” work, in violation of the Fair Labor Standards Act (FLSA).
Filed in California federal court, by lead plaintiff Anne Cannon, the complaint alleges that Cannon and other workers similarly situated are making $6 per hour, but if their average call times drop below six minutes, their hourly rate also drops, to $4.20 per hour. According the lawsuit, Tele Pay is making $5 per minute.

“Plaintiff’s average hourly rate is below $6.00,” the lawsuit states. “The minimum wage in the state of Florida, the state in which she works, is $8.10 per hour. Anywhere in the nation, the average amount received by Ms. Cannon is far below the allowed national and state minimum wage.”

Tele Pay describes itself as a “booking agent” negotiating engagements on behalf of “actors” who are looking to provide “entertainment services.” However, according to the complaint, this is not the reality. Cannon, an employee of Tele Pay, was hired to field calls and keep callers on the line through sexually explicit talk for a fee that goes directly from the caller to Tele Pay, according to the lawsuit.

“She is required by Tele Pay to stay in her home within reach of her personal computer and land-line telephone for certain periods of time so that she is available to field calls from Tele Pay’s customers,” the lawsuit claims.

According to the complaint, if Cannon can’t keep her call times up, she is paid less. A person who goes by the name “Don” regularly gives pointers to Tele Pay phone sex workers on how to keep their average call times up. “Remember, it’s not how many calls you take, but how long you keep these guys on the phone!” Don allegedly tells the plaintiffs.

However, Cannon states in the complaint that often its beyond her ability to keep the callers on the phone: Prank calls, dropped calls or calls plagued by technical errors still count toward her average call times, even if they last only seconds, the lawsuit claims.

Further, Cannon alleges it is impossible for her to know that she’s being fairly compensated, as she doesn’t see the hours she’s logged or the average call time until the next day, and even that is an “estimate.” Her actual call times are allegedly calculated every Sunday.

She has often been asked to work in excess of 40 hours a week, without being compensated for overtime, the complaint states.

The proposed class action seeks to represent all Tele Pay phone-sex workers with similar wage claims dating back three years from the date of filing. Cannon is seeking an undetermined amount of back wages to make up for the alleged violations, post-judgment interest, and coverage of attorneys’ fees.

Posted by
NIESHA RUSH
on July 11, 2017
I use to work for them and they cheated me out all my pay checks